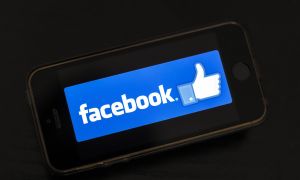 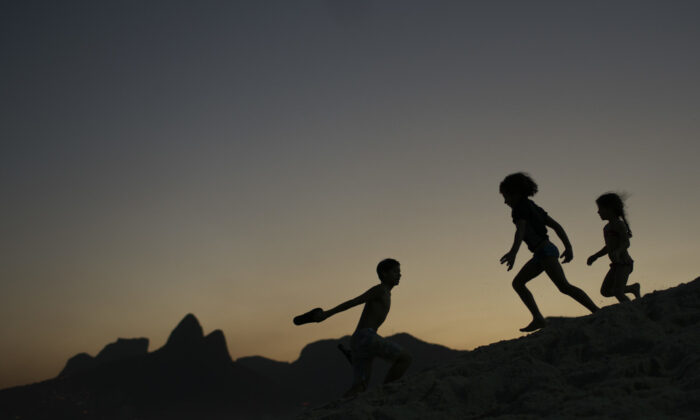 In this Aug. 1, 2016, file photo, children are silhouetted against the setting sun as they run on the sand at Ipanema beach in Rio de Janeiro, Brazil. (AP Photo/Felipe Dana, File)
US News

More than 4,000 child exploitation cases were initiated by Homeland Security Investigations (HSI) this fiscal year, resulting in thousands of arrests and the identification of more than 1,000 victims, according to data obtained by The Associated Press.

The data represents an uptick in cases involving the exploitation of children, in part due to how easily offenders can spread graphic images of children. HSI agents and investigators initiated 4,224 such cases that resulted in 3,771 arrests and the identification of 1,066 victims.

The recent data, which covers cases from Oct. 1, 2018, to Sept. 30, 2019, were higher overall when compared to previous years. The past two fiscal years saw roughly 4,000 cases, but fewer arrests and fewer victims identified.

HSI is the investigative arm of the Department of Homeland Security that fights criminal organizations illegally exploiting America’s travel, trade, financial, and immigration systems, according to its website, and its workforce includes special agents, analysts, auditors, and support staff.

“With the ‘dark web’ on there, the content is becoming more prevalent and more horrific,” Matt Wright, chief of the Child Exploitation Investigations Unit at Homeland Security Investigations, told AP.

Cheaper online storage and easier encryption tools are making for a vast increase in the number of exploitative images posted and traded online, HSI investigators said. However, while exploitative images are becoming easier to share, the demand for online sex-trafficking has dropped, according to a report previously shared with The Epoch Times.

President Donald Trump, who has made combating human trafficking a focal point of his administration, signed into law the Stop Enabling Sex Traffickers Act and Fight Online Sex Trafficking Act, or SESTA-FOSTA in 2018. The legislation halts the shielding of website operators from state criminal charges or civil liability if they facilitate sex ads or prostitution.

Sex-trafficking website Backpage.com—the largest human-trafficking portal in the United States—was taken down by the FBI in 2018. The report found that those two actions—the signing into law of the legislation and the closure of the website—ultimately led to the drop in demand.

Childsafe.AI CEO Rob Spectre previously told The Epoch Times that the underground marketplace for sex trafficking is now more like the “the Wild West” rather than the “high-quality, well-groomed advertising channel” it was.

“What we are seeing overall is an evident drop in demand … a number of these operators are struggling to continue operating their services,” he said. “There is also a significant influx of scam advertising.”

Meanwhile, a separate report from Facebook stated that millions of posts depicting child abuse between April and September were found and removed, according to a Nov. 13 moderation report released by the company. In total, Facebook removed more than 11.6 million pieces of content depicting child nudity and sexual exploitation of children, as well as 754,000 pieces on Instagram during the third quarter.

Facebook has talked about plans to provide better privacy to users by introducing encryption to its messaging services, but lawmakers have expressed concern that the company’s new direction will make it harder to combat child abuse.

An increasing number of U.S. states, meanwhile, are giving childhood victims of sexual abuse more time to decide if they want to file lawsuits—part of a growing trend to expand the statute of limitations, which is one of the major legal impediments for victims.

So far this year, at least three states—California, New York, and New Jersey—have signed similar legislation. Most victims who experience sexual abuse in their childhood don’t disclose their trauma until adulthood, multiple studies have indicated.

“Legislators are starting to understand that something has to be done,” Sean Holihan, policy manager at the Rape, Abuse & Incest National Network (RAINN), told The Epoch Times in October.