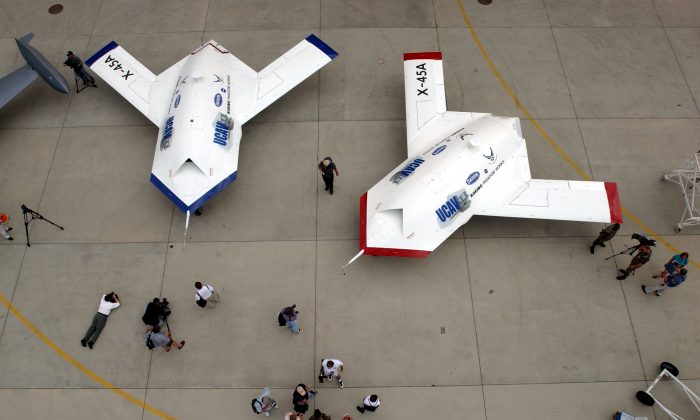 DARPA and the Center for Advanced Studies on Terrorism reported smartphones and servers with powerful processors applying “Blowfish” and other encryption algorithms and keys can now limit FBI and U.S. intelligence community access to communications. Within five years, “Honey encryption” and quantum keys will end FBI’s surveillance capabilities, and more powerful processors will end NSA access within 10 years.

The good news is that U.S. national secrets and personal privacy will be substantially enhanced; the bad news is that state actors, criminals and terrorists will soon be able to communicate without concerns the U.S. intelligence community is listening and watching.

The DARPA report does not credit or blame any party or legal hurdle for the coming ineffectiveness of American intelligence’s surveillance tools perfected over the last two decades. But China’s quantum computing and artificial intelligence (AI) effort is suspect.

With the Obama administration’s 2011 Army and Marine Corps “surge” into Afghanistan, the Air Force and Navy began refocusing on the rising threat from China. But with the CIA, NSA and the U.S. military employing the full portfolio of high-tech signals intelligence (SIGINT) tools to hunt down low-tech insurgents and terrorists, neighboring China intelligence services through observation and espionage gained the knowledge to hone an arsenal of highly-competitive “Anti-Access/Area Denial” (AA/AD) SIGINT tools.

It was not until 2016 that the Pentagon acknowledged the emergence of a great power threat from China and Russia by launching its Multi-Domain Operations (MDO) that for the first time added cyberspace to land, sea, air and space as one of 5 domains of war.

The new Trump administration moved quickly in 2017 to integrate operations across all five domains and began applying AI applications to military operations by launching the Algorithmic Warfare Task Force—the parent of Project Maven and the predecessor of the Joint Artificial Intelligence Center.

But China shocked U.S. intelligence services in late 2017 by applying advanced quantum computing software developed in America, but acquired through purchase or espionage, to be the first nation to demonstrate ‘quantum entanglement’ message sent from a space-based satellite to a Chinese ground station, before self-destructing.

“Many of China’s published National-level plans, such as achieving dominance in Artificial Intelligence by 2030, indicate a top-down, government-driven agenda that provides a road-map for strategic collaboration between industry, academia, and their civil society. These plans, when combined with resourcing, effort, and patience, may propel China to leap ahead in many of the technology sectors we will talk about today.”

The DARPA report states that with the “golden age” of SIGINT coming to a close, traditional methods of collecting signals intelligence and eavesdropping on communications used by the intelligence community will no longer be effective” against adversaries, terrorists and criminals.