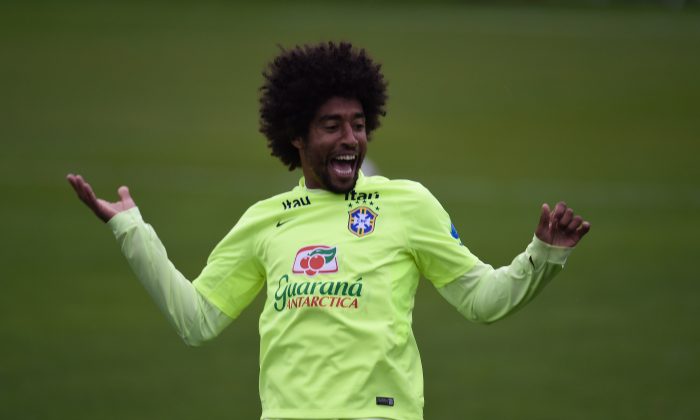 Brazil's defender Dante smiles during a training session in the squad's Granja Comary training complex in Teresopolis on June 20, 2014, during the 2014 FIFA World Cup in Brazil. (VANDERLEI ALMEIDA/AFP/Getty Images)
Gaming

The 30-year-old Brazilian defender has yet to make an appearance at World Cup 2014 for his national side, but will most likely replace his suspended team captain Thiago Silva in Brazil’s semi final match against Germany.

Dante made 36 appearances in the 2013/2014 season for Bayern Munich, and he scored 2 goals and provided 3 assists in all-tournaments, according to WhoScored.com.

In FIFA 14, the popular EA Sports soccer simulator, Dante has a base rating of 84, and has no growth potential.

Check out some reviews of the FIFA 14 version of Dante at Futhead.com.