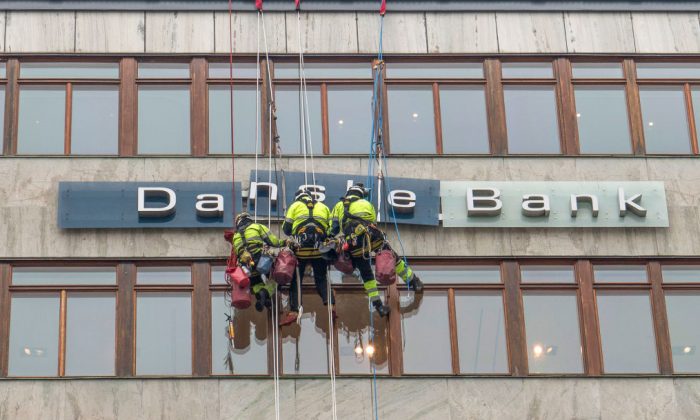 The Danish clan’s investment firm A.P. Moller Holding, Danske’s normally passive top shareholder with a stake of around 21 percent, has ousted the bank’s chairman Ole Andersen and called an extraordinary shareholder meeting in Copenhagen on Nov. 30 to nominate two successors to the board.

Given the depth of the crisis at Danske Bank and the threat of regulatory penalties, some are relieved at A.P. Moller Holding’s new activist approach.

“They’re saying: ‘screw this. We need to sort this out; we can’t sit on the sidelines being passive money’,” one of Danske Bank’s top 30 investors said on condition of anonymity.

A.P. Moller Holding says it hopes for “broad support” for its nominations at the Nov. 30 meeting.

Its aim is to build a team with the authority to choose a replacement for former chief executive Thomas Borgen who resigned in September after admitting that Danske’s Estonian branch helped funnel hundreds of billions of euros from countries such as Russia over more than eight years.

The threat of a heavy fine from the U.S. Department of Justice, which is investigating alongside Danish, Estonian and British authorities, has sent Danske’s shares plunging almost 50 percent since March, erasing around $15 billion of market value and raising the prospect of legal action.

Nearly half a dozen groups have announced plans to gather shareholders and claim damages, although none has filed a case.

A.P. Moller Holding is proposing to nominate Karsten Dybvad, CEO of the Danish Confederation of industry, and Jan Thorsgaard Nielsen, its own chief investment officer, as chairman and vice chairman respectively to steady Danske Bank’s board.

Several top investors contacted by Reuters said they would approve the nominations, which have already been backed by the board, although one complained they had been unable to reach Danske Bank’s depleted board directly.

“They (Danske) need to understand that they have to open up and talk to their shareholders,” said the investor, who ranks among Danske’s top 10, but declined to be named. “Under the usual corporate governance, you speak to the board,” he added.

Claus Ingar Jensen, Danske Bank’s head of investor relations, said it has been “in continued contact” with large and small investors over the last months and answered all questions – as well as participating in public hearings in Danish and European parliaments.

Danske Bank supports the board nominations, although it does not back a third candidate, shareholder, and engineer Arne Bostrom, who has also put himself forward for election.

“We believe that the bank, under the right management, can move forward and remain a pivotal financial institution in Denmark’s society,” he said.