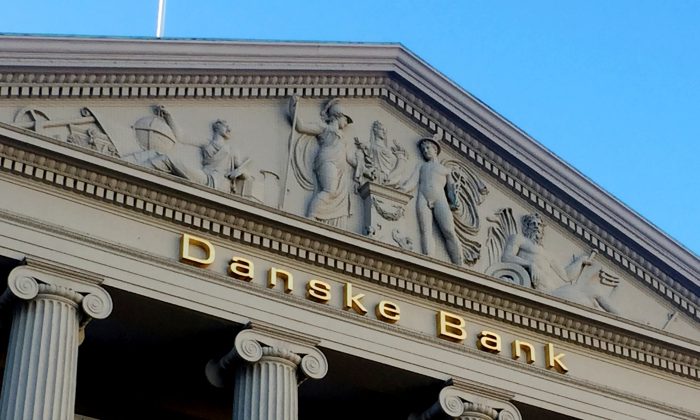 COPENHAGEN —Danske Bank, reeling from a money-laundering scandal, will resume its search for a new chief executive after a Danish regulator rejected its internal candidate for the job, and analysts said it would be forced to look outside the bank.

Jacob Aarup-Andersen, 40, the Danske board’s choice to take over the helm of Denmark’s biggest bank, was rejected by the country’s financial regulator on the grounds that he wasn’t experienced enough.

The previous CEO, Thomas Borgen, was ousted last month as the group struggles to deal with a 200 billion euro ($230 billion) money laundering scandal that has prompted several criminal investigations and spooked investors.

Aarup-Andersen joined Danske from Danica Pension in 2016 as chief financial officer and has been head of wealth management since May.

While the regulator found he was “well qualified in many areas”, it added “longer experience, including within certain of Danske Bank’s business areas, is needed,” the bank said.

“The Board of Directors unanimously backed Jacob Aarup-Andersen as new CEO, knowing full well that longer experience in certain areas would have been desirable,” said Chairman Ole Andersen in a statement, adding that the board was now talking to other potential candidates.

The financial watchdog’s unusual move to block the decision raises the pressure on Danske Bank’s board.

“This can’t be interpreted as anything other than a slap in the face,” said Per Hansen, economist at investment firm Nordnet. However, he did not think the chairman was likely to step down before a new CEO is found.

Danske Bank will now have to look for an external candidate, possibly from outside Denmark, said Sydbank analyst Mikkel Emil Jensen. “There are no more internal candidates left,” he said.

However, the task will be difficult as the full magnitude of the money laundering scandal and potential fines is yet to be uncovered.

“There is no one who can quantify the risk that Danske Bank is in and a future CEO won’t be able to quantify the work-related risk either, that is a big challenge,” said Peter Lundgreen, CEO of investment advisory firm Lundgreen’s Capital.

Other names mentioned by analysts and media outlets as possible candidates are the CEO of Danish mortgage lender Nykredit, Michael Rasmussen; the head of European Fixed Income and Commodities at Morgan Stanley Jakob Horder; and Annika Falkengren, who is the former CEO of Swedish bank SEB and a partner in Swiss bank Lombard Odier.

Danske Bank shares hit a four-year low this month after the bank said it faced a U.S. criminal investigation into a money laundering scandal at its Estonian branch. The shares are down more than 40 percent this year.

Rating agency Moody’s said last week it has downgraded all of Danske’s long-term debt ratings because of the criminal investigation into the bank by the U.S. Department of Justice.

Jesper Nielsen, who was the head of Danske Bank’s domestic banking business, will stay on as interim CEO.

Former CEO Borgen quit after an internal inquiry found that payments totaling 200 billion euros, many of which Danske Bank said were suspicious, had been moved through its Estonian branch between 2007 and 2015.