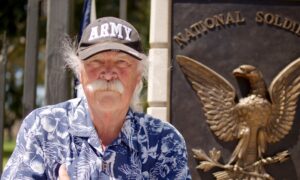 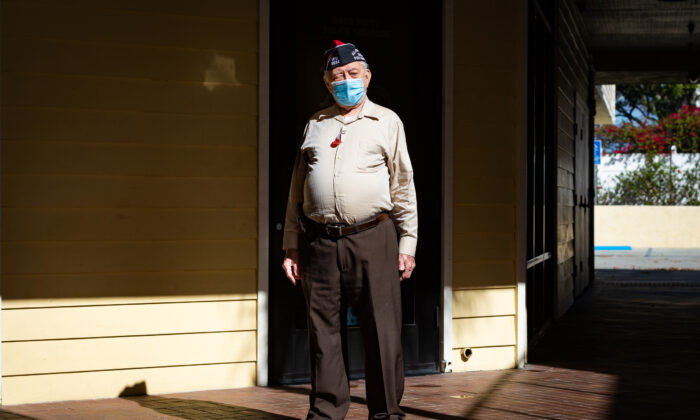 With poppy distribution hampered, the meaningful symbol is not as visible this year, nor are the funds it raises
By Chris Karr
biggersmaller
Print

DANA POINT, Calif.—Californians are no stranger to their state flower, the golden poppy. But there’s another, crimson version of the blossom that holds a special place—and meaning—on the lapels of Veterans Day observers.

The poppy pin, meant to be worn over the heart, symbolizes the sacrifices made by soldiers during World War I. Organizations have traditionally shared artificial flower pins with the public in early November.

But this year, in the midst of a pandemic, distributing the meaningful emblem has been a challenge.

“This year, we’ll be lucky to distribute a few hundred,” he told The Epoch Times. “It has devastated our income. Just this post is down about $40,000 for the year in income because of the virus.”

Since 1922, the VFW has distributed poppies to raise funds for needy and disabled veterans, and the surviving family members of deceased veterans.

This year marks the first time in nearly a century when the annual distribution of the commemoratory flowers was thwarted.

Manes, 89, said VFW members usually strike up an agreement with nearby grocery stores to set up stations and hand out the poppies. As a result, they tend to get about $15,000 in donations.

“We can’t go into the schools like we normally do, but we’re trying to continue our operations as much as possible,” he said.

Manes, a Vietnam veteran who served in the Navy for 24 years, explained the importance of distributing poppies to raise awareness about past sacrifices made on the battlefield.

“The tradition comes down from World War I,” he said. “Flanders Fields was the area of a major battle, and it had just a tremendous number of these flowers. And the red poppies blowing in the wind.”

He referred to the famous poem by Lt. Col. John McCrae that was dedicated to the memory of the men and women who served, fought, and died in France during The Great War.

The poem, “In Flanders Field,” caused the poppy to be recognized as a memorial flower in Europe, North America, and many countries within the British Commonwealth.

During normal times, the VFW distributes some 14 million of their signature “Buddy” poppies nationwide. The proceeds—which total about $15 million—go toward ensuring the welfare of veterans across the country.

During COVID, not only poppy distribution has scaled back, but also the many annual Veteran’s Day celebrations.

“We’re having the program over at Dana Point Community Center at the baseball field where we can spread out,” Manes said. “We’ll probably have, I don’t know, 40 people or something like that.”

Still, Manes is optimistic. One recent afternoon, he said, a good Samaritan stopped by to pick up a hundred or so poppies to send out in the mail.

“We’re getting a few of them out,” he said with a barely perceptible smile. “Just not in the form that we usually do.”