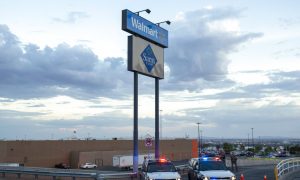 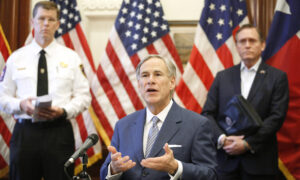 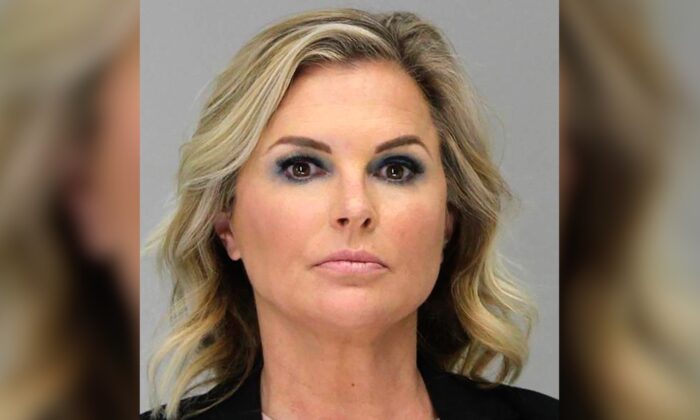 Shelly Luther in a booking photo on May 5, 2020. (Dallas County Sheriff's Office via AP)
US News

A Dallas salon owner who defied state orders to close her shop amid the CCP virus pandemic has been sentenced to seven days in jail and ordered to pay $500 for each of the seven days the salon was open.

Shelley Luther’s business, Salon a la Mode, has been open as usual since April 24, in violation of Texas Gov. Greg Abbott’s shelter-in-place orders as well as those from county and city officials prohibiting hair salons and other so-called “non-essential” businesses from operating in an effort to stem the spread of the virus.

According to court documents, Luther was sentenced to seven days in jail for violating a temporary restraining order to close her business and fined $500 a day for every day the salon remained open.

The documents state that the salon had several customers a day and employees were in direct contact with customers, ignoring the county and city requirements (and the Centers for Disease Control recommended guidelines) that individuals respect a 6-feet social distancing zone in which other individuals would not enter.

“The defendants, although having been given an opportunity to do so, have expressed no contrition, remorse, or regret for their contemptuous action,” the court document stated.

Dallas County Judge Eric Moye told Luther on Tuesday that he would consider a less robust sentence if the businesswoman admitted she was wrong and apologized to the elected officials for her “selfish” actions and for putting her “own interests ahead of those in the community in which you live,” according to Texas Scorecard.

However, Luther said she disagreed with the judge because she has a family to provide for and employees who are unable to feed their children due to the current lack of employment.

“I have to disagree with you, sir, when you say that I’m selfish, because feeding my kids is not selfish. I have hair stylists that are going hungry because they’d rather feed their kids. So, sir, if you think the law is more important than kids getting fed, then please go ahead with your decision, but I am not going to shut the salon,” she said.

She was also fined $500 a day for the seven days she has been open—to be paid within 30 days of the court’s order—and will be fined $500 a day from May 5 until May 7. According to CBS News, Luther’s attorney said she would immediately appeal the decision.

On Tuesday, Texas Gov. Greg Abbott announced hair salons, barbershops, nail salons, and tanning businesses can reopen on May 8 but must follow proper social distancing guidelines. He also recommended that both employees and customers wear masks. Gyms and bars can reopen as soon as May 18. Abbott previously let restaurants, malls, movie theaters, and retailers reopen and serve customers inside their buildings.

Correction: This article has been updated to correct the name of the judge. The Epoch Times regrets the error.