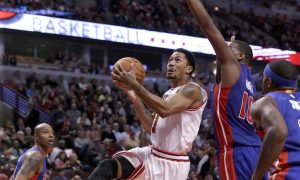 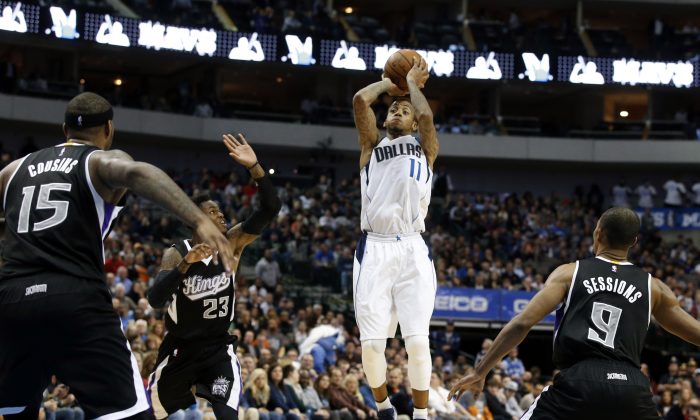 The Dallas Mavericks are on a three-game winning streak and have left an early impression around the league with their firepower offense.

Raymond Felton must serve a four-game suspension before playing for the Dallas Mavericks, and he plans to start serving the suspension on Monday.

Felton was prevented from serving the ban earlier this season due to being injured in the Mavericks second preseason game.

If the ban does start on Monday then Felton could make his regular season debut for Dallas on November 24 at home against the Indiana Pacers, reported ESPN.

Felton was traded to the Mavericks along with Tyson Chandler in exchange for Shane Larkin, Jose Calderon, and Samuel Dalembert.

He will likely see little playing time because Jameer Nelson has locked in the starting point guard position while Devin Harris and J.J. Barea come off the bench at point.

“It’s definitely something I look at, but it’s also something you’ve got to figure out once you get on the court,” Felton said of his potential role.

“Right now, we’ve got a good rhythm going. We’re playing well, so wherever I fit in, wherever Coach puts me in, that’s where I fit in.”

Ellis Named Player of the Week

The Mavs official website has named Monta Ellis the player of the week.

The website says that the impact that Ellis and Nowitzki have had on each other has propelled the team to new offensive heights.

Ellis has also been boosting other teammates’ play, such as Brandan Wright, Chandler, and Harris.

“Ellis is generating offense for everyone, including himself. And they’re easy points, too. A huge chunk of those points are a result of Ellis penetrating the defense. Dallas scores nearly 1.4 points every time the 2-guard drives to the rim, per SportVU. Ellis is scoring just 6.7 points on drives, but he’s creating 7.0 points for others as well. But even as his individual per-game scoring average off drives has dropped from last season to this season, he’s still 4th in points in the paint per game among guards,” it explained.

“But maybe the biggest impact Ellis has made is felt in another part of the game: transition. Monta and Chandler Parsons are two of the most dangerous transition players in the league, and that’s transformed this Dallas team for the better. The Mavericks now look to push the ball every chance they get, whether it’s off a turnover or a long miss. Ellis is 14th in the league in fast break points per game and the Mavs are 4th as a team.

“Parsons and Ellis combine to score 6.6 points on the break every game. Those are six very easy points, and as close as the West is going to be this season, every last point matters and could very well decide a game.”

Nowitzki Shooting Lights Out This Season

Dirk Nowitzki already has a strong 47.7 career shooting percentage, but has upped that to 55 percent this year.

That means he’s making almost an extra basket for every 10 attempts he takes.

“Yeah, I’ve had some good look. I have a good rhythm right now shooting-wise. There might be weeks when things are not going that well and you feel like you have to put in extra work. And there are weeks where things seem to flow pretty good. You just try to be efficient out there,” he told Dallas News.

“I don’t feel like I have to take any bad shots, you know. I’m happy to be on a good team again.”

“The personnel around Dirk is really the right personnel. Mark and Donnie have done a good job of getting movement guys, playmakers and athletes around him,” Carlisle said.

“Tyson [Chandler] was always a great fit with him. [Monta] Ellis is a great player with Dirk. [Chandler] Parsons fits this situation. And [Jameer] is a good player for us as a starter. He fits with that group.”

DALLAS—Monta Ellis and the Dallas Mavericks ran a bunch of different scoring options at road-weary Minnesota.

The Timberwolves did their best to keep up, but ultimately went on to a fifth straight loss in the finale of a six-game trek that included a stop in Mexico City.

Ellis scored a season-high 30 and the Mavericks beat the Timberwolves 131-117 Saturday night, getting a season high in points two days after setting a club record with a 53-point win over Philadelphia.

“That’s our game,” Ellis said. “That’s how we should play the whole season. We shouldn’t run many plays, just get out, run, flow, pass, cut and find the open guy.”

The Timberwolves finished a two-week trip covering more than 5,600 air miles on a back-to-back that started with a franchise-worst, 48-point loss in New Orleans.

Kevin Martin scored a season-high 34 points for Minnesota, which shot 50 percent for the first time this season and now gets three days off before starting a four-game homestand.

The Timberwolves were playing a second straight game without starters Ricky Rubio and Thaddeus Young. Rubio is out indefinitely with a sprained left ankle, and Young is away from the team after his mother died.

“A better effort, considering the circumstances with the road trip,” Wolves coach Flip Saunders said. “We fell behind. We could have rolled over no question with what happened last night. Our guys fought back and we found some guys that went out and played with a little energy.”

Tyson Chandler had his fourth double-double in the past five games with 12 points and 16 rebounds for Dallas.

Martin kept the game respectable, going 12 of 17 from the field. Shabazz Muhammad scored 18 points, while Mo Williams and Corey Brewer had 13 apiece.

The Mavericks steadily pulled away in the second quarter, turning a six-point lead into a 21-point edge when Wright followed a miss by Ellis with a dunk for a 56-35 lead. Dallas led by as many as 26 in the second half.

Timberwolves: Minnesota’s five-game losing streak is a game longer than its worst skid from 2013-14. … The Timberwolves were away from home for 17 days on a seven-game trip from March 21-April 7, 1998. That trip started with a loss in Dallas but ended with a 4-3 record.

Mavericks: Barea was playing his first game against the team he left the Mavericks for as a free agent in 2011 after Dallas won the franchise’s only championship.