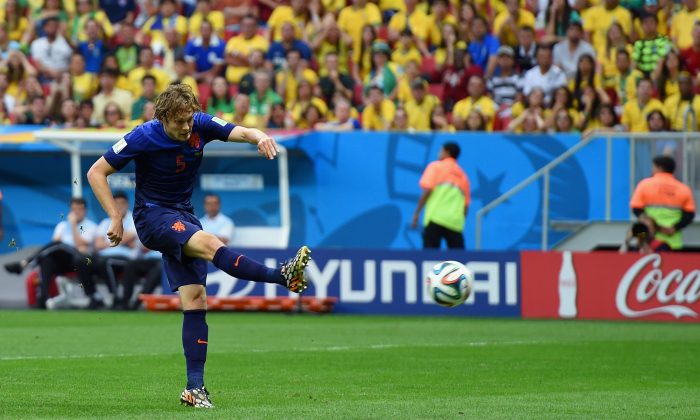 Daley Blind scored in the 16th minute for Netherlands against Brazil.

Brazilian defender David Luiz headed a cross right in the path of Blind, who scored easily.

It was Blind’s first international goal.