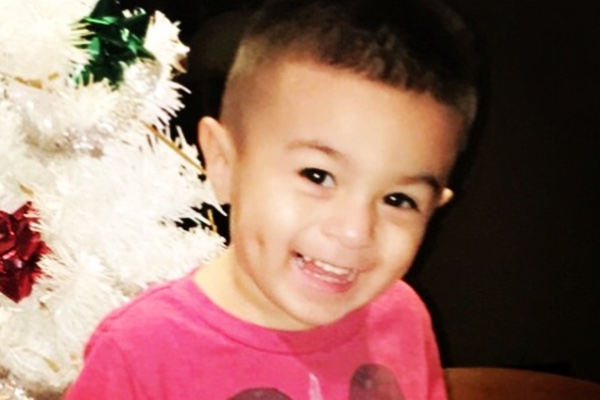 A Texas family’s Thanksgiving holiday turned into tragedy after they lost their 2-year-old son in a freak accident on Thursday morning, Nov. 23.

The incident occurred when the toddler’s father was pulling out of their driveway on Hermosa Valley in Altacosta, Texas, without realizing that his son was behind him.

Zachariah Rodriguez was struck by the vehicle.

The grandfather of the toddler, Paul Soto, told KENS5 he is still coming to terms with what took place.

“It’s hard to celebrate Thanksgiving now,” Soto told the CBS affiliate. “But I know where my grandson is now and I know someday we’re all going to go see him again.”

He said he had a special bond with his grandson.

“He was always making you smile—he would dress himself, put his clothes on backwards, [he was] always playing with my tools,” Soto told KENS5. “I guess he wanted to be like grandpa.”

According to KSAT, the boy was transported by air to University Hospital in San Antonio, where he later died from his injuries. Zachariah had severe head trauma.

Soto said that the accident should serve as a warning to other parents to not make the same mistake and to always keep alert around their children.

“We need to watch our children, keep an eye on them at all times, especially the little ones,” he told KENS5.

Soto told the network that he will never forget his grandson and the moments they shared with each other.

“What I’ll miss most are his kisses, his goodnight kisses,” Soto, in tears, told KENS5.

A GoFundMe page was set up on behalf of the boy’s family to help with medical and funeral expenses. As of writing on Friday, Nov. 24, the page has garnered nearly half of its $5,000 goal.

“Please help us raise funds for our loved one Zachariah Rodriguez, due to a sudden tragic loss. Any help, donations for funeral expenses will be much appreciated! Thank you in advance and God bless you and your family!” the description on the page says.

KENS5 reports that funeral arrangments for Zachariah have not yet been finalized.

Watch the full interview below: