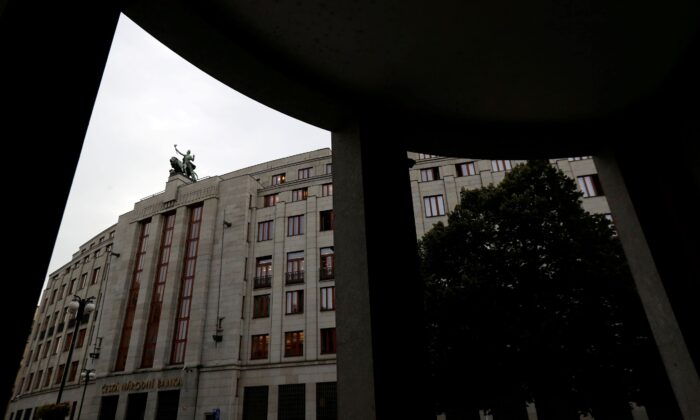 PRAGUE—The Czech National Bank (CNB) raised its main rate by 75 basis points on Thursday, surprising markets with its biggest hike since 1997 and sending a signal it would not allow inflationary expectations to grow further amid a price spike.

The Czech economy, like others around the world, is facing rising costs as it grapples with global supply snags, growing transport and energy prices, and strong demand coming after coronavirus pandemic restrictions eased earlier this year.

The Czech Republic, though, also has the European Union’s lowest unemployment rate, and a tightening labour market is putting further upward pressure on wages and raising price expectations of both consumers and companies, worrying the central bank.

“This forceful increase in interest rates aims to support the return of inflation towards the target over the monetary policy horizon as well as the anchoring of firms’ and households’ inflation expectations,” Governor Jiri Rusnok told reporters after the decision.

“The Czech National Bank does not intend to allow (expectations) to become more significantly unanchored from the target.”

Headline inflation jumped in August to a 13-year high at 4.1 percent—more than a percentage point above the bank’s tolerance band around its 2 percent target.

Rusnok said pressures were coming not only from abroad but also the domestic economy.

The bank’s two-week repo rate stands at 1.50 percent after the hike, the highest level since March 2020 in midst of emergency cuts at the start of the COVID-19 pandemic.

The board voted 5–2 for the extraordinary rise, surprising analysts in a Reuters poll who had expected a 50-basis point hike, a size that several central bankers had flagged in public comments.

The crown jumped on Thursday, and was up 0.9 percent on the day at 25.275 by 1432 GMT, just off its highest level since February 2020 hit earlier this month. Shorter-dated interest rate swaps climbed up to 5 basis points after the decision.

Some economists had questioned the need for significant tightening, arguing that the elevated inflation was mainly driven by a global rise in energy prices and supply chain disruptions, factors beyond the central bank’s reach.

The Czech central bank is one of only two in the European Union to have started the tightening cycle, together with Hungary’s central bank. The latter slowed down its pace last week, however, when it raised its main rate by lower-than-expected 15 basis points.

By Robert Muller and Jan Lopatka