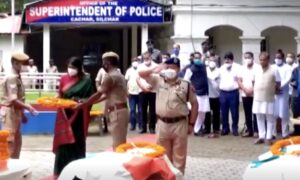 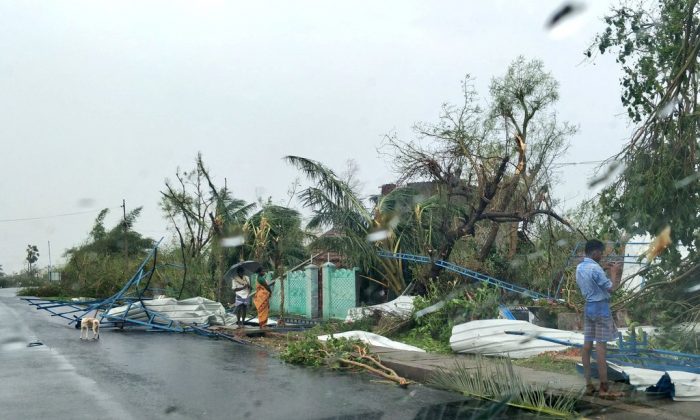 NEW DELHI—A cyclone made landfall in the southern Indian state of Tamil Nadu on Nov. 16, killing at least 33 people, uprooting trees and knocking down electricity poles after more than 80,000 people were moved out of its path to safety, officials said.

Cyclone “Gaja” made landfall in the early hours of Nov. 16 but then weakened as it moved inland, K. J. Ramesh, director general of the state-run India Meteorological Department, told Reuters.

“So far, 20 men, 11 women, and two children have died due to the cyclone, an official from the Tamil Nadu State Disaster Management Authority told AFP.

“As of now, 177,500 people are housed in over 351 camps. Thousands of trees have been uprooted and livestock has also been badly affected,” he said.

The state government has set up more than 470 relief camps and had evacuated more than 80,000 people from their homes in vulnerable areas, said the official who declined to be identified as he is not authorized to speak to media.