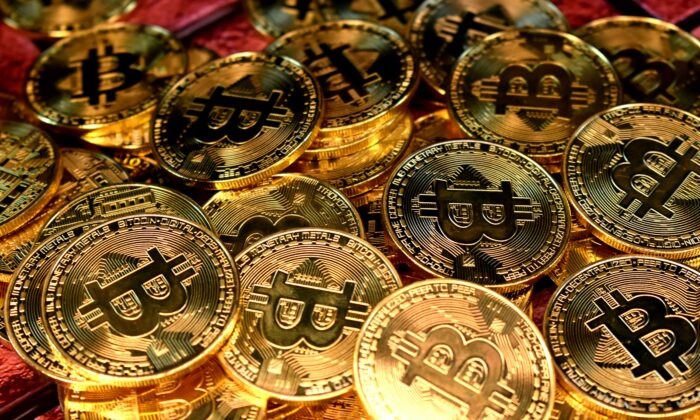 The cryptocurrency exchange FTX announced on Jan. 31 that it saw its valuation swell to $32 billion, after it had raised $400 million from investors including SoftBank, in a new round of funding.

Other investors in this fundraising round include Singapore’s Temasek Holdings Tiger Global and the Ontario Teachers’ Pension Plan Board, according to FTX.

The latest Series C financing round was its third in the last nine months.

FTX was founded around three years ago by CEO Sam Bankman-Fried and fellow co-founder Gary Wang, and has emerged to become a key player in the crypto market, rivaling more established players like Coinbase and Binance.

The company was valued at $25 billion after its last round back in October 2021.

Its user base has since grown by 60 percent and the new round of investments makes the platform one of the most valuable companies in the digital currency sector.

FTX, which is based in the Bahamas, is the owner and operator of FTX.com, a crypto exchange that caters to retail and institutional investors outside the United States.

The firm, which offers derivatives products as well as spot trading, is one of the world’s largest digital currency exchanges.

FTX has raised a total of $1.8 billion over the past six months, boosted by venture capital betting on a market that has witnessed much interest since the start of the pandemic.

Its daily trading volumes have jumped 40 percent to about $14 billion since October, making it the world’s third-largest crypto exchange.

The company also recently established a $2 billion venture fund to invest in crypto start-ups, and it has plans to use the latest round of funds to continue developing new products.

FTX opened a marketplace last year for trading non-fungible tokens (NFTs) for use in the collectible digital items market and will now start to license its software to other businesses in fintech and in gaming, said Bankman-Fried.

He also said that another focus is to acquire licenses in several countries.

FTX, which only offers trading outside the United States, has a separate American branch, FTX US.

The American branch is valued at $8 billion and last week had raised $400 million in its first round from the same investors as its parent.

This U.S. arm is now authorized to sell derivatives products such as futures and options, which allow investors to speculate on movements in the price of an asset.

The crypto exchange has been expanding a war chest of funds at a time when crypto prices have been recently sinking considerably and investors grow wary about a sharp downturn.

Bitcoin has been down 46 percent from its November record high of almost $69,000, while other cryptocurrencies have slumped even further.

Some cryptocurrency investors believe that the market may be on the brink of a severe downturn known as a “crypto winter,” which last happened in late 2017 and early 2018, when bitcoin fell as much as 80 percent from its then-record high.

Bear markets are typically negative for crypto exchanges as it means that volumes tend to dry up.

Nasdaq has been down 11 percent so far this year, as tech stock investors face concerns over recently announced higher interest rates from the Federal Reserve.