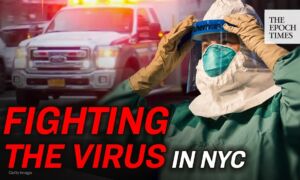 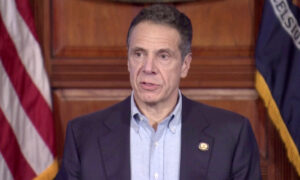 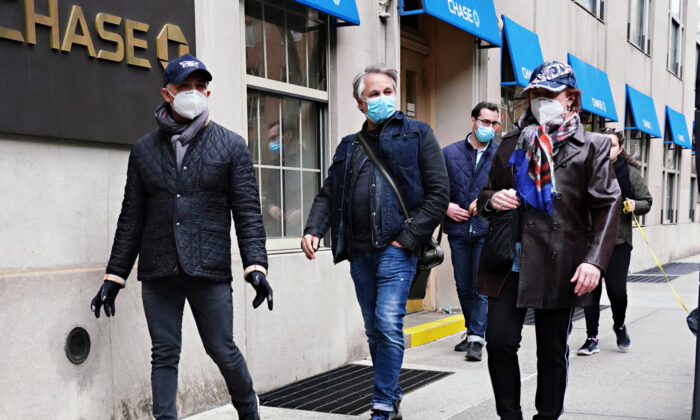 New York will begin conducting “the most aggressive” antibody tests from April 20 to help determine how many people in the state were infected by the CCP virus, Gov. Andrew Cuomo announced Sunday.

The antibody testing will confirm what percentage of the population is now immune to the virus, allowing more individuals to safely return to work as the state moves to reopen the economy in the coming weeks and months, Cuomo said.

“Any plan to start to reopen the economy has to be based on data and testing, and we have to make sure our antibody and diagnostic testing is up to the scale we need so we can safely get people back to work,” Cuomo said in a statement. “We are going to start antibody testing across the state tomorrow—and we are going to do that in the most aggressive way in the nation.”

A sample of 3,000 state residents will start receiving tests from the state Department of Health to detect for the presence of antibodies produced by people infected with the CCP virus, commonly known as novel coronavirus. The governor’s office noted that Germany—with a population of 83 million to New York’s 19.5 million—used the same sample size for its antibody testing survey.

“This will be the first true snapshot of exactly how many people were infected by COVID-19 and where we are as a population and will help us to reopen and rebuild without jeopardizing what we’ve already accomplished,” Cuomo added.

The governor also confirmed 6,054 additional cases of the CCP virus, bringing the statewide total to 242,786 confirmed cases. As of April 20, 18,298 people have died from the disease in the state, which has become the epicenter of the virus in the United States.

Antibody testing is critical to asymptomatic surveillance of COVID-19, and they serve two purposes, according to Dr. Anthony Fauci, director of the National Institute for Allergy and Infectious Diseases.

“One of them is to actually test for the infection: is a person infected,” Fauci said at a press briefing at the White House on April 17. “The other is to test, as we just mentioned, if someone has been infected—usually someone who’s been infected, who has recovered.”

Fauci said someone who has been infected and has recovered has antibodies in their system. “That person is actually protected against subsequent exposure and infection with an identical organism,” he said, adding that because of the novelty of the COVID-19, the researchers still don’t know how long this protection in recovered persons will last.

However, the World Health Organization (WHO) on Friday warned that there’s no evidence serological tests (antibody tests) can show whether a person has immunity or is no longer at risk of becoming reinfected.

“These antibody tests will be able to measure that level of serology presence, that level of antibodies, but that does not mean that somebody with antibodies” is immune, Dr. Maria Van Kerkhove, head of the WHO’s emerging diseases and zoonosis unit, said on Friday, according to CNBC.

Dr. Mike Ryan, executive director of the WHO’s emergencies program, added that, “Nobody is sure whether someone with antibodies is fully protected against having the disease or being exposed again.”

“Plus some of the tests have issues with sensitivity,” he said. “They may give a false negative result.”