New York City Mayor: 'We Have to Go to a Shelter in Place'
0 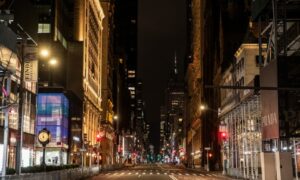 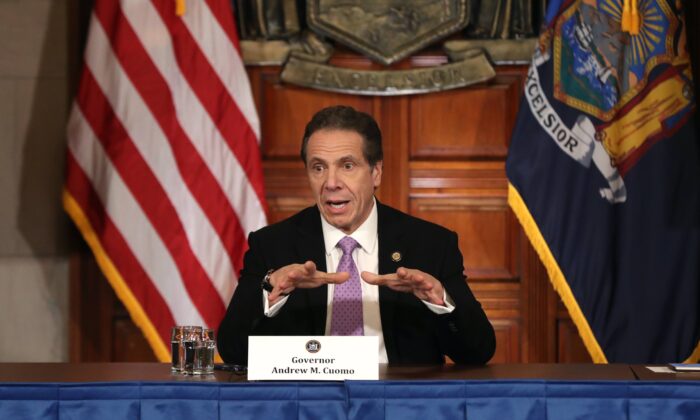 The Epoch Times refers to the novel coronavirus, which originated from Wuhan, China, and causes the disease COVID-19, as the CCP virus because the Chinese Communist Party’s (CCP) coverup and mismanagement of the outbreak fueled its spread throughout China and across the world.

The locations were recommended by the Army Corps of Engineers who, along with state officials from the Office of General Services, the Dormitory Authority of the State of New York, the Department of Health and the New York State Division of Military and Naval Affairs, have visited and reviewed more than a dozen sites in recent days.

“Upon the Governor’s determination, the Army Corps is expected to immediately begin work to construct the temporary hospitals,” Cuomo’s office said in a statement, adding that each field hospital would have a capacity of 250 beds.

Cuomo warned that projections show 40 to 80 percent of the state’s population, or as many as 7.8 million people across the state, could become infected with the CCP virus. and said the government is taking further actions to prevent spread.

These include sending 1 million N95 masks to New York City, 500,000 to Long Island, and purchasing 6,000 additional ventilators from several different health facilities from across the state.

“Every day we see the number of cases of novel coronavirus continue to rise, and we know that by all projections we’re going to have more hospitalizations than we can deal with in our healthcare system,” Cuomo said.

“We have a plan of action to help stop the spread of this virus, including expanding hospital capacity and identifying new hospital beds, and after meeting with the Army Corps of Engineers and hearing their recommendations, we stand ready for the building of temporary hospitals at four facilities in New York State. This is a public health crisis, but worse than the virus is the fear, but we have a plan and we are doing everything we can to keep the people informed and save lives,” he added.

Cuomo’s announcement comes after he signed the “New York State on PAUSE” executive order on Friday, shutting down of all nonessential businesses across the state, effective as of Sunday night at 8:00 p.m.

According to a Johns Hopkins tally, the United States has 26,747 confirmed cases of the disease and 340 deaths attributed to the CCP virus, of which New York state accounts for 76.