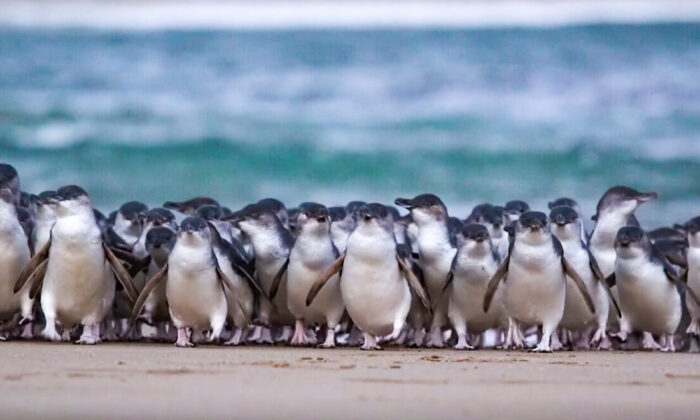 The Commonwealth Scientific and Industrial Research Organisation (CSIRO) announced that it will be releasing the Venturia paralias fungi to attack the invasive coastal weed called sea spurge that is threatening nesting sites of native Australian little penguins as well as coastal vegetation.

“Our research found that the fungus is highly specific towards sea spurge. Based on our results, the fungus was approved by the regulator for release in Australia,” Caroline Delaisse, CSIRO research technician said.

The fungi was originally found to cause leaf and stem lesions on sea spurge plants in the Atlantic and Mediterranean coast of France and will be released at Port Campbell in Victoria, a common nesting area for little penguins.

Delaisse said the fungus was isolated from diseased sea spurge plants and tested in France. After yielding positive results on its host range, the biocontrol agent was then imported to CSIRO’s quarantine facility and studied extensively in Australia.

The CSIRO’s studies in 2021 on the fungus’s host range found the fungus to be very selective and only caused the same symptoms of disease in sea spurge and Euphorbia segetalis; the most phylogenetically related species to the sea spurge present in Australia.

For three other susceptible hosts the fungus penetrated the leaf and developed an initial infection but did not expand further, therefore CSIRO researchers determined that the species “will not pose a threat to valued non-target Euphoribaceae species” if introduced to Australia.

CSIRO scientist and lead author of the study, Gavin Hunter said the introduced sea spurge from Europe is problematic for nesting coastal birds, including penguins.

Though there are no specific evidence reported of the species damaging sites, there are reports that the weed can alter sand dune structures, making them steeper and more likely to erode.

The plant is also a prolific seed producer, with a mature sea spurge capable of producing up to 20,000 seeds per year. The weed can grow anywhere on the beach above the high-water mark, taking over sand and dune vegetation.

“Sea spurge grows along Australia’s southern coastline and is a concern for coastal ecosystems. We’re hopeful the biocontrol agent will help reduce the dense weed from penguin nesting sites at Port Campbell, and many other beaches along the coastline where the weed occurs,” Hunter said.

“The weed also has a sap which can cause irritation to animals as well as humans.”

Hunter said the current methods of removing sea spurge physically by hand or using chemical sprays are labour intensive, costly, and cannot be easily deployed in areas that are difficult to access, therefore they saw a biocontrol agent important to complement current strategies.

A risk analysis of the fungus conducted by the Australian Department of Agriculture, Water and the Environment completed on Sept. 7, 2020, and a report of negligible risk estimate was released on Nov. 16, 2020.

The CSIRO is currently calling for volunteers to help with the biocontrol release program on beaches infested with sea spurge in Victoria and Tasmania.

The research project has been financially supported by the NSW Government as part of around $500,000 (US$374,000) in funding targeting four weed species including sea spurge.