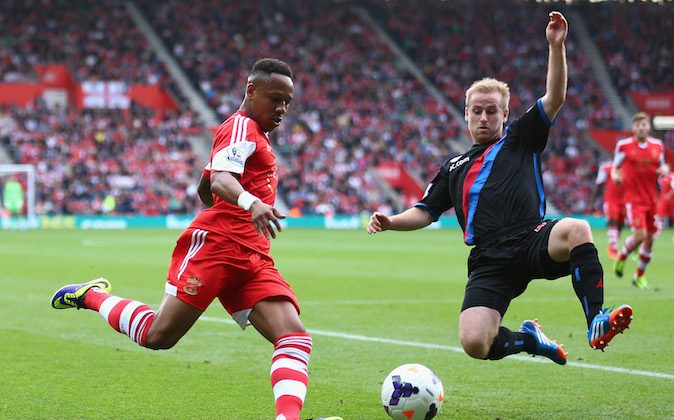 The game will be broadcast on radio at Absolute Radio and TalkSport Radio in the United Kingdom.

The game will also air on Directv in the United States.

Crystal Palace top scorer Marouane Chamkh is struggling for fitness for the match after injuring his hamstring at Swansea.

Southampton will receive a boost with fit-again defender Dejan Lovren, who will partner Jose Fonte in central defence.

Gaston Ramirez could start after making the bench last week.

The midweek international could take its toll on Southampton. Adam Lallana, Rickie Lambert, Luke Shaw, and Jay Rodriguez all played for England against Denmark.

While this indicates how far the Saints have risen to prominence, it might not help their challenge for a Europa League spot.

The Saints are going into the match off a 3 game losing streak in all matches.

Conversely, Crystal Palace have taken 10 points from the last 18 available to them, but all of those were against clubs in the bottom half of the table.

Still, Palace have a pretty good home record since January, and will certainly make things difficult for Southampton.