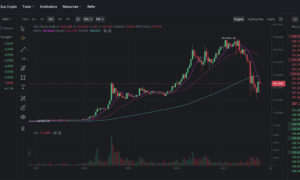 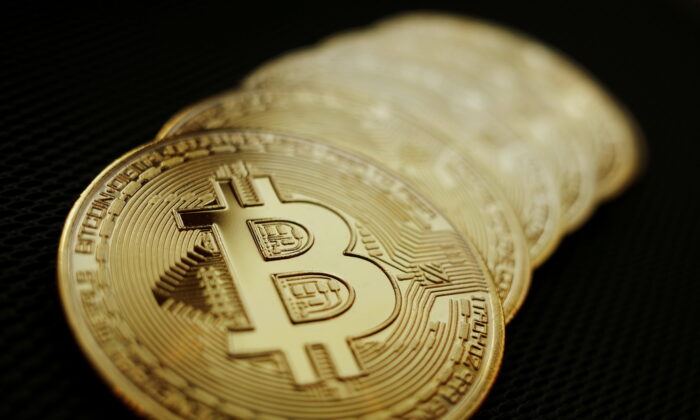 Representations of the Bitcoin cryptocurrency are seen in this illustration picture taken on June 7, 2021. (Edgar Su/Reuters)
Economies

LONDON—Trading volumes at major cryptocurrency exchanges fell by more than 40 percent in June, research showed on Monday, with a regulatory crackdown in China and lower volatility among the factors depressing activity.

“Headwinds continued as China persisted with its crackdown on bitcoin mining,” CryptoCompare said. “As a result of both lower prices and volatility, spot volumes decreased.”

Bitcoin, the largest cryptocurrency, fell more than 6 percent last month, touching its lowest since January, as authorities in China tightened restrictions launched a month earlier on bitcoin trading and mining.

It had tumbled 35 percent in May, with its losses sparked by Beijing’s moves to rein in the fast-growing sector. Crypto trading volumes tend to spike during periods of extreme price swings.

Major cryptocurrency exchange Binance, which has faced scrutiny from regulators across the world, retained its position as biggest platform by spot trading volume, CryptoCompare said. Still, volumes at Binance fell 56 percent in June to $668 billion.