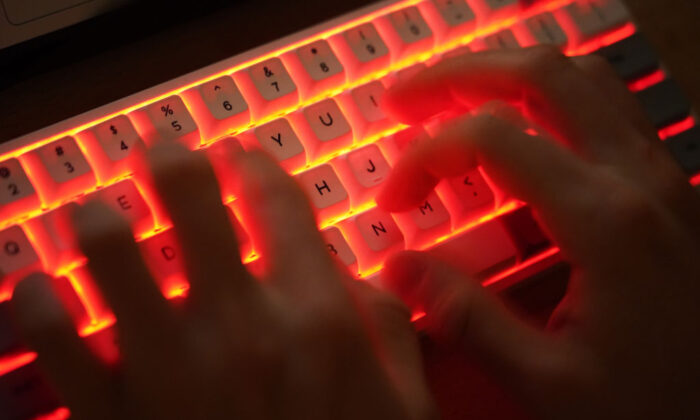 A person types on a computer keyboard in Berlin, Germany, on Jan. 25, 2021. (Sean Gallup/Getty Images)
Cryptocurrency

Crypto Hackers Have Stolen $1.9 Billion So Far in 2022, Says Chainalysis

Around $1.9 billion worth of digital tokens were stolen by hackers since the beginning of the year through July, according to blockchain analysis firm Chainalysis.

This is up 58 percent from the same time last year, as decentralized cryptocurrency DeFi protocols have become increasingly vulnerable to cyberattacks.

DeFi (decentralized finance) protocols, with cross-chain bridges in particular, are used to transfer tokens across blockchains, which have suffered several large cyber hacks this year.

Since DeFi relies primarily on open-source code, hackers have been able to find loopholes and other vulnerabilities in the software to steal digital tokens.

“It’s possible that protocols’ incentives to reach the market and grow quickly lead to lapses in security best practices,” according to the report.

It has been a terrible year so far for cryptocurrency markets, with cybercurrencies facing massive price declines across the board in May and June.

While the market has remained relatively stable since July, there is still no sign of when it will reach the bottom.

However, criminal activity in the crypto market remains persistent, despite the declines in the digital asset markets.

Still, illicit volumes are down just 15 percent year over year, compared with 36 percent for legitimate volumes, more than double the pace, said the report.

Total scam revenue for 2022 currently sits at $1.6 billion, 65 percent lower than the end of July last year, with the drop appearing to coincide with declining prices across different currencies.

Back in March, Axie Infinity’s Ronin bridge had about $600 million stolen by hackers, while Harmony’s Horizon bridge lost $100 million in June.

The most notorious cyber-hacking cases were due to major outliers, such as PlusToken, which netted more than $2 billion from its victims in 2019, or the Finiko scam, which seized more than $1.5 billion in 2021.

None of the scams identified this year have approached the level of those two cases.

State-sponsored groups affiliated with North Korea, for example, have stolen approximately $1 billion of cryptocurrency from DeFi protocols so far in 2022.

Meanwhile, revenue on darknet marketplaces has gone down 43 percent this year, mainly due to the crackdown on the Hydra marketplace back in April.

Chainalysis said that law enforcement’s shutdown of Hydra Market this year appears to have dampened the entire sector for now.