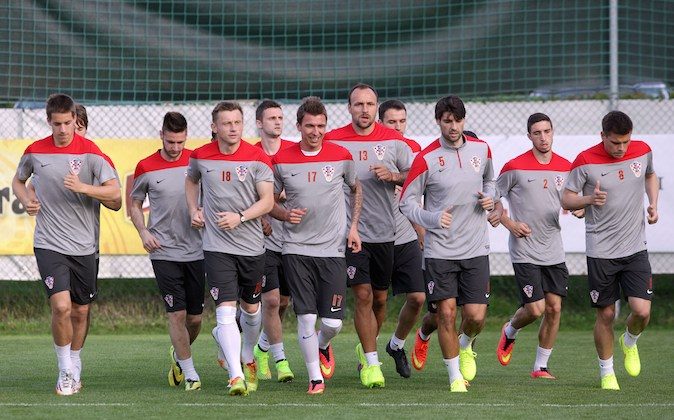 Croatia's national football players attend a training session in Bad Tatzmannsdorf, Austria on May 23, 2014 as part of the team's preparation for the upcoming FIFA 2014 World Cup in Brazil. (DANIEL RAUNIG/AFP/Getty Images)
Soccer

The Croatia vs Mali soccer international friendly match is set for Saturday, May 31.

The game will stream on HRT 2 in Croatia and GOLTV USA in the United States.

Croatia go into this friendly match needing to prove a point, as they have only three victories in ten matches over the past year.

Coach Igor Stimac lost his job because of Croatia’s indifferent form and has been replaced by Niko Kovac, who then managed to secure World Cup qualification for Croatia.

Things will be difficult for Croatia in their opening Group A match because Mario Mandzukic, who opened the scoring in the 2-0 second-leg triumph over Iceland, was dismissed in Zagreb, and is suspended for Croatia’s World Cup opener against Brazil.

Mali head into this friendly match nursing a 2-1 lost to Guinea, and are still nursing the wounds of an underwhelming World Cup qualifying campaign.

A three-match winless streak during qualifying left them well short of eventual winners Algeria, who went on to prevail in a play-off against Burkina Faso.