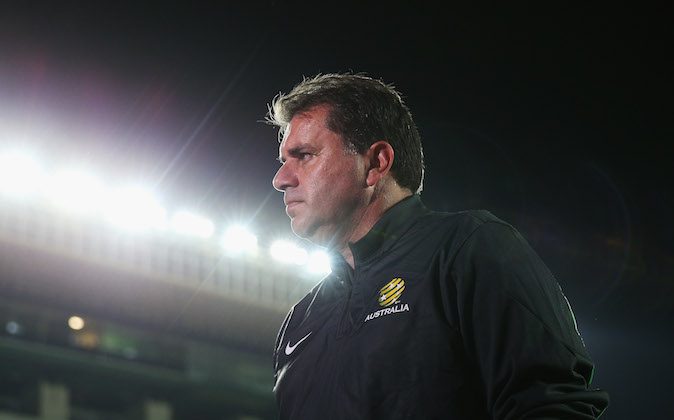 Croatia and Australia will face off in an international friendly match on Friday, June 6.

UPDATE: The Socceroos lost the match 0-1.

Nikica Jelevic scored the only goal of the game in the 57th minute.

It was Australia’s last match before the World Cup. They begin the tournament by playing Chile on June 13 before taking on the Netherlands on June 18 and Spain on June 23.

The game will be broadcast on HRT 2 in Croatia.

The game will also air on Fox Sports 2 Australia in Australia.

Live stream is available on Fox Sports Play for subscribers.

Croatia and Australia have a chance to finalize their World Cup preparations in their match on Friday.

Niko Kovac’s side beat Mali 2-1 in their farewell clash in Osijek, and Ivan Perisic bagged a brace.

Mateo Kovacic and Luka Modric were used as second-half substitutes.

Kovac could place star Mario Mandzukic on the bench given the Bayern Munich striker is suspended for the clash against Brazil.

Right-back Ivan Franjic is still an injury doubt, meaning Ryan McGowan may start in a position he was exposed in against Brazil last year.

Croatia may have slipped to 20th in the Fifa rankings, yet they are still tough enough to give Australia an indication of what it is like to face Spain, the Netherlands, and Chile at the World Cup.