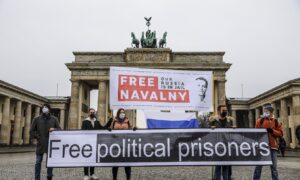 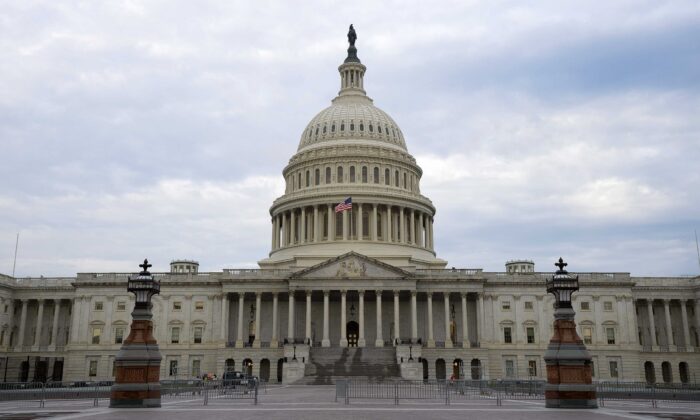 Public Interest Legal Foundation (PILF) President J. Christian Adams couldn’t believe what he was reading as he poured over the text of HR1, the “For the People Act,” which was the first piece of proposed legislation introduced by congressional Democrats in the 117th Congress.

“We have been collecting over the years noncitizen maintenance data [for state voter registration rolls], and here’s how it works,” Adams told The Epoch Times on Feb. 2.

“People apply to register to vote who are noncitizens, and sometimes they announce they are noncitizens on the registration forms. It says ‘Are you a U.S. citizen,’ and they mark the box no.

“And they get registered to vote anyhow, and it’s not until years later that it’s discovered, and meanwhile they have been voting in American elections.”

Adams said he was stunned when he came across Section 1015(D)(2) of HR1, which makes it illegal for any government official to make a record of or to disclose publicly “an individual’s decision not to affirm his or her citizenship.”

Adams’ group currently has litigation in court in Maine, Pennsylvania, Illinois, and Maryland seeking public records on individuals who were registered to vote despite indicating they were not at the time U.S. citizens.

The litigation is made possible by the public records access provision of the 1993 Motor Voter Registration Act, which requires release of voter list maintenance records that indicate how individuals indicating noncitizenship were handled by voter registration officials.

“Our group is the only one in the country doing this, so I know it’s directed at us,” Adams said. He pointed to the PILF report “Steeling the Vote” as an example of the fruits of his group’s litigation on the issue.

If HR1 becomes law with Section 1501 as presently written, neither Adams nor any other American citizen will be able to obtain noncitizen voter registration records. Millions of noncitizens could vote in future elections without risk of being exposed.

In a Jan. 5 statement, Sarbanes said: “My colleagues and I have made H.R. 1 our first priority this year because our democracy is in a state of deep disrepair. We witnessed it during the 2020 election, where Americans across the country had to overcome rampant voter suppression, gerrymandering and a torrent of special interest dark money just to exercise their right to vote.”

Sarbanes said the bill was needed because Americans of all political stripes “are incredibly frustrated with the chaos, corruption and inaction that plague our politics and block progress on many efforts that benefit hardworking families.”

The same bill was overwhelmingly approved by the Democrat-dominated House of Representatives in 2019, but it went nowhere in the Republican-led Senate, and then-President Donald Trump would never have signed it into law.

But things are different in 2021, with Democrat President Joe Biden in the Oval Office, his party retaining control of the House, though with a slimmer majority than last year, and Vice President Kamala Harris with the tie-breaking vote in the 50-50 Senate.

The measure is backed by a huge coalition of left-wing nonprofit activist foundations, teachers and industrial unions, racial “equity” activism organizations, abortion rights groups, trial attorney associations, and environmentalists. Among them, these groups have hundreds of millions of dollars, legions of friends in the mainstream media, and thousands of activists to lobby Congress and the media for passage.

In addition to hiding noncitizen registration records, the current version of HR1 includes a Democratic wish-list of changes in virtually every aspect of campaigning and voting in federal elections (i.e., for president, senators and representatives).

The most notable provisions include: nationwide online voter registration, with minimal verification requirements; same-day registration; automatic voter registration unless an individual specifically requests not to be registered; and legalization of ballot harvesting.

It also includes nationwide registration of 16- and 17-year-olds; availability of mail-in ballots with minimal screening qualifications; and restoration of felon voting rights.

The provisions will also place redistricting process under supervision of congressionally mandated independent commissions; restructure Federal Election Commission from current bipartisan requirement to majority-party control; permit members of Congress to draw salary from campaign funds in addition to official compensation; and findings to support statehood for the District of Columbia and Puerto Rico.

Effectively, enactment of HR1 would institutionalize on a nationwide basis controversial registration and voting procedures hastily enacted in 2020 in response to the CCP virus pandemic that prompted many of the allegations of voter fraud in the presidential election.

The House Administration Committee has jurisdiction over federal election issues, so HR1’s first hurdle is getting the panel’s approval. That means ranking minority member Rep. Rodney Davis (R-Ill.) will have an opportunity to oppose the proposal, as he did in 2019.

“HR 1 takes the worst of what we saw during the 2020 election cycle and forces every state to implement changes that erode the integrity of our elections,” Davis told The Epoch Times.

“It forces aspects of California’s disastrous voting system onto every state … it would make many of the changes states made in the name of COVID-19 permanent.”

Election reform ought to be bipartisan, he said, but Davis noted that Democrats on the House floor “rejected every Republican amendment, and I fear they’re gearing up to do the same this Congress, although their margins are much smaller now.”

A spokesman for Rep. Zoe Lofgren (D-Calif.), the administration panel’s chairwoman, didn’t immediately respond when The Epoch Times asked if she supports making it impossible for the public to obtain voter registration records for noncitizens.

Conservative election-integrity experts interviewed by The Epoch Times are rallying resources to oppose HR1 because, as explained by Heritage Action for America Executive Director Jessica Anderson, “this is not just the COVID convenience laws of state elections in 2020, this is so much further than that. I mean, it even allows politicians to take a salary from their campaigns; this is way past the stuff of reason.”

Anderson believes House Speaker Nancy Pelosi (D-Calif.) could seek to bring the proposal to the full House for a vote as early as next week.

Given the narrow Democratic majority in the House, Anderson believes the key factor to watch is 20 to 25 moderate Democrats in red congressional districts carried by Trump in 2020.

“What do those 20, 25 Democrats in red districts do? What do Abigail Spanberger and Ron Kind and Lauren Underwood, Chris Pappas, Sean Maloney in New York, Colin Aldred in Texas, what do they do?

“Do they allow Pelosi to jam this very aggressive agenda through under the guise of election law and voting rights, or do they start looking at the bill piecemeal and start arguing among themselves about whether this is the right way to go forward; will it agitate and be explosive to their bases in their districts?”

Whenever the vote on HR1 is taken, the stakes will be high, according to True the Vote President Catherine Engelbrecht, who told The Epoch Times, “This proposal is an attack on American liberties, and regardless of your party affiliation, this is the elites versus the people and the silencing of the American citizenry in a way that, when you get inside the text of this bill, is shocking.”