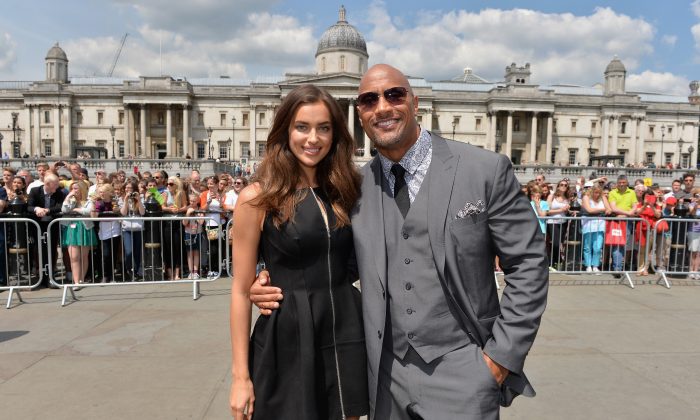 WWE star Dwayne Johnson, who is more popular known as The Rock to fans, will play Hercules.

In an interview with Vogue, Shayk said that she enjoyed working with Johnson.

“It was really great to work with Dwayne, he’s very professional,” Shayk said.

“He helped me a lot, just him being there, looking at me, really helped.

“I felt very attached to my ‘husband’ which made it easier for me.

“I’m not a professional actress, it’s my first movie, so it was great to have that support.”

Shayk added that filming her death scene was the trickiest, “because you have to lay in the ground and obviously you can’t move, you can’t breathe, you can’t blink your eyes!”

The Russian model also felt that she played a “very small role,” Megara was a “very important character for the movie.”

“I felt this was something I could definitely handle for my first role,” she said.

“Also, my name is Greek, Irina, so I felt attached to the film right away.”

Check out some pictures of Shayk in a photo shoot for the movie at Trafalgar Square, London, below.