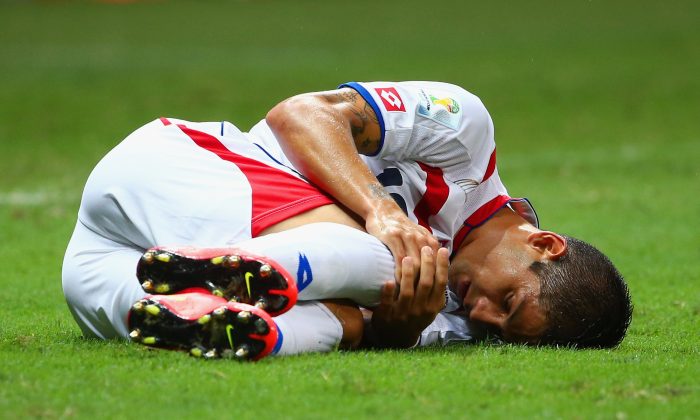 Cristian Gamboa of Costa Rica lies on the pitch during the 2014 FIFA World Cup Brazil Quarter Final match between the Netherlands and Costa Rica at Arena Fonte Nova on July 5, 2014 in Salvador, Brazil. (Photo by Robert Cianflone/Getty Images)
Soccer

Cristian Gamboa got injured while playing against the Netherlands on Saturday’s quarter final match.

The defender went up for a challenge, in the 78th minute, and was replaced by Dave Myrie.