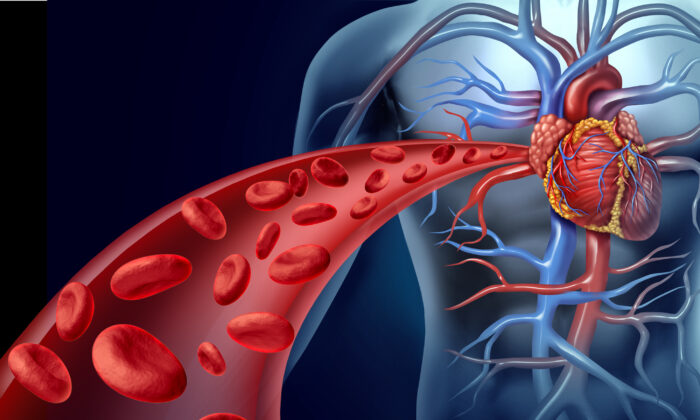 An image showing functional red blood cells. Sickle cell anaemia (SCA) and Beta thalassemia (BTHAL) are caused by mutations in the adult genes that carry instructions for the creation of red blood cells and cause them to change shape. (Lightspring/Shutterstock)
Australia

Researchers from the University of New South Wales (UNSW) have found the mechanism behind sickle cell anaemia and beta thalassemia—common genetic anaemia—through CRISPR (DNA editing) techniques, with the discovery promising for future therapies.

“We can use this understanding of the mechanism to help us look for new therapeutic approaches–it’s a key piece of the puzzle,” Co-lead author Assoc. Prof. Kate Quinlan from UNSW said.

Sickle cell anaemia (SCA) and Beta thalassemia (BTHAL) are caused by mutations that change adult genes that carry instructions on how to make functional haemoglobin.

Haemoglobin refers to a protein in red blood cells that transports oxygen to the body from the lungs and are made up of four subunits, two of which are named alpha and two subunits named beta.

SCA and BTHAL affect the genes that make beta subunits of haemoglobin. The change causes red blood cells to alter from a round doughnut shape to an abnormal sickle shape. A sickle-shaped red blood cell is less efficient at carrying oxygen and may result in blocked and hardened blood vessels, which lead to organ damage and premature death.

“Interestingly, when children are born, they don’t show disease symptoms at first, even if they have the mutations,” Quinlan said.

She said that it is because there are foetal globin genes and adult globin genes, with different genes activated at different periods in a person’s life.

In the womb, foetal globin genes are turned on, producing functional proteins. However, in the first year after childbirth, the foetal genes will get “turned off”, and the adult genes will be “turned on.”

For patients with SCA and BTHAL, this would mean less functional foetal globin proteins and increased abnormal adult globin proteins, with symptoms manifesting.

Interestingly, the reversed phenomenon has already happened in some people with SCA due to another beneficial genetic mutation that keeps the foetal globin gene “on” throughout their life.

UNSW PhD student Sarah Tropfer collated genetic information from patients affected by SCA but who express foetal globin throughout their life and compared the similarities and differences in their genomes.

“Sarah compared deletions [areas where DNA are deleted and shorter compared to normal DNA] in lots of different patients’ genomes,” Quinlan said. “She found one very small region was deleted in all these patients’ genomes.”

Tropfer then used CRISPR gene editing to replicate some of the deletions and introduced the deletions into cells in the laboratory to test the impacts they would make.

CRISPR is a technology that allows areas of the DNA to be cut and modified, “it’s essentially a tool to figure out what genes do inside living cells,” Quinlan said.

Quinlan said she was surprised at the findings as “many people have studied these mutations for many years, so the idea that there’d be one unifying hypothesis that could explain them rather than them all working through different mechanisms will be surprising for the field.”

“While we went in with the hypothesis that there might be one mechanism, we didn’t expect it to come out so cleanly–we thought that perhaps it would be more complicated than what we’d initially thought.”

The team wrote that their findings could be promising as gene therapy for SCA patients.

The authors suggested that targeting the promoter of the adult haemoglobin gene, “perhaps in combination with mutations” that disrupt repressors that turn off the foetal haemoglobin genes, “may produce synergistic effects” for improved gene therapy.