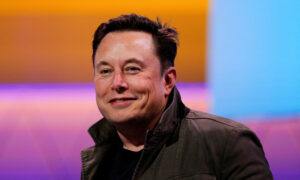 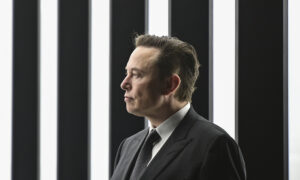 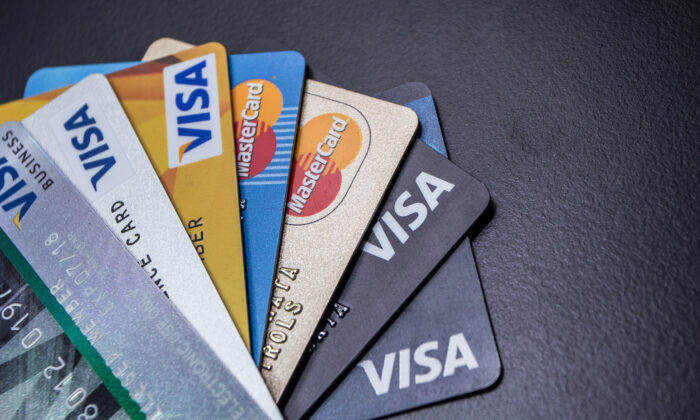 Credit card applications are on the rise as more and more Americans deal with soaring inflation and with less cash on hand before the holidays.

Households are spending more on necessities like food, gas, and housing, according to a New York Federal Reserve survey released on Nov. 21.

The interest rates on credit cards have also hit a record high as the Federal Reserve continues its hawkish monetary tightening policy to fight high inflation.

The application rate for credit cards increased to 27.1 percent in October, up from 26.5 percent at the same time last year.

This is well above the pre-pandemic reading of 26.3 percent in February 2020.

Average APR hit a new record high of 19.14 percent last week, higher than the 19 percent record set in July 1991, according to Bankrate.com.

Meanwhile, the average credit application rate fell to 44.8 percent in 2022, down from 45.6 percent a year ago, primarily caused by a decrease in mortgage, refinance, and auto loan applications, with many respondents reporting that they were less likely to apply for loans over the next year.

“Looking ahead over the next 12 months, households anticipate they will be less likely to apply for an auto loan, mortgage, or mortgage refinance loan, but report a higher average likelihood of applying for a credit card or credit card limit increase,” New York Fed researchers said in a statement.

“Consumers expect some easing in credit standards, reporting slightly lower average perceived likelihoods of a future credit application being rejected, conditional on applying over the next 12 months.”

At the same time, current application rates for all types of credit rose for Americans with credit scores over 760 and fell for those with a score under 680.

Rejection rates on credit applications rose slightly by 0.5 percent, from 17.5 percent in 2021, but fell for new credit card applications.

Many major banks have recently announced plans to tighten lending standards due to pending fears of a major economic downturn.

Applications For Other Loans Drop

“Credit card rates are much higher than most other forms of debt,” said Bankrate.com analyst Ted Rossman.

“We’re talking three, four or even five times higher than most people are paying for mortgages, car loans and student loans. Paying off your credit card debt should be a top priority, especially with interest rates at record highs.”

Mortgage loan applications unsurprisingly dropped 6.7 percent in October 2022, from 8.5 percent last year, due to higher borrowing rates set by the Fed and a declining housing market.

The refinance rate for mortgages saw the sharpest downturn, plunging to 8.9 percent last month from 21.4 percent in October 2021.

The average 30-year fixed-rate mortgage rate is currently sitting at 6.84 percent after reaching a historic high of 7.08 percent earlier this month.

Mortgage rates have risen more than 50 percent since the start of 2022, after being at 3.10 percent at the end of last October.

The new survey comes after a New York Fed report from last week showed credit card balances rising more than 15 percent over the past year, in the largest annual jump in more than two decades.

“With prices more than 8% higher than they were a year ago, it is perhaps unsurprising that balances are increasing,” wrote Fed researchers on Nov. 15.

“The real test, of course, will be to follow whether these borrowers will be able to continue to make the payments on their credit cards.” 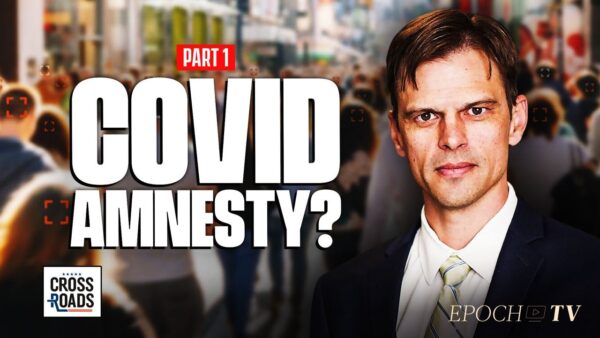