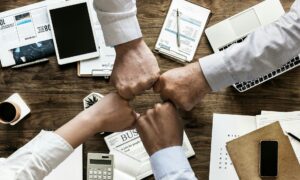 Simple Rules for Creative Agencies to Have Constructive Conversations About Politics. (Yes, It Is Possible!)
0
Share Now
TelegramFacebookTweetEmailTellMeWeReddit
Copy Link 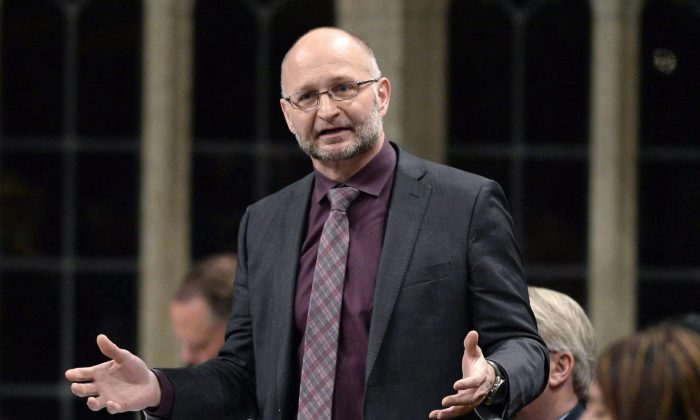 David Lametti, parliamentary secretary to the Minister of Innovation, Science and Economic Development, speaks during question period on Parliament Hill on Feb. 24, 2017, in Ottawa. The former McGill law professor is a specialist in intellectual property and is leading the Canadian government’s efforts to formulate a new IP strategy. (The Canadian Press/Justin Tang)
Business

The devil’s in the details for the federal government’s new intellectual property (IP) strategy, announced in its 2017 budget, but tying it to the Liberals’ ambitious innovation agenda should lead to significant improvements in an area Canada lags.

“If that tie holds and innovation is going to be the watchword for the evolution of government policy, then we should see a tendency toward stronger [IP] rights rather than the grudging ‘incrementalism,'” says Richard Owens in a phone interview. Owens, one of Canada’s foremost business lawyers, recently authored three research papers on IP for the Macdonald-Laurier Institute (MLI), a public policy think tank.

IP consists of ideas, concepts, or plans for which the rights of the creator can be legally protected through patents, trademarks, and copyrights. Everything that is built—from software to cars—originates from IP.

“The strategic use of intellectual property by Canadian firms is fundamental to our government’s innovation goals for Canada,” says David Lametti, parliamentary secretary to the Minister of Innovation, Science and Economic Development, in remarks on an MLI panel on June 15.

The budget announcement signals a reboot for IP in Canada, which previously had mostly relied on compliance with trade agreements for improvement. But empirical evidence suggests that that passive tack isn’t good enough if Canada wants to become a leader in innovation.

The budget development is a refreshing one for Owens and others who advocate for stronger IP rights in Canada.

Now, the rubber meets the road, however, views differ on how much of an improvement Canada needs in terms of IP. And then there’s the quasi-societal issue of an entrenched “anti-IP” sentiment in some sectors of the public, including universities.

“It’s become a fashion to stand against IP and to stand with those who want to share things freely over the Internet,” Owens says.

Barry Sookman, senior partner at law firm McCarthy Tétrault, says “made-in-Canada” is a narrative promoted by the government to justify why Canada has laws that fall short of international norms.

“It makes it sound like there’s very sound public policy when you say a ‘made-in-Canada’ solution,” Sookman says.

“We’re trying to distinguish ourselves from a stream of thought in IP thinking which says that Canada isn’t doing that well and maybe we need some concessionary rules to better imbed Canada’s weak position,” Owens says.

“That’s not what we’re about. Canada should aspire to be the best in innovation. We are already part way there. Let’s continue.”

Lametti used “made-in-Canada” to describe the government’s approach. However, Owens believes “made-for-Canada” implies a stronger framework that gives Canadian companies the tools they need to compete internationally and offers small business a greater chance for success.

Owens makes the point that stronger IP laws don’t cost the government anything but rather is a non-fiscal policy lever for a government facing years of deficits. Set the right IP rules and allow the market to take over, he says.

Stronger IP laws are not limited to simply better protection for patents and copyrights, but also mean stricter enforcement of the law.

Lametti said the government’s IP strategy will include an education component. Too often startups don’t give enough consideration to getting into the patent game given the time and money (legal fees) involved. But that could be a critical oversight.

In 2009, Toronto software firm Infrastructures for Information Inc. (i4i) successfully sued Microsoft for violating one of its patents and was awarded US$290 million in damages. Microsoft appealed, but two years later the U.S. Supreme Court upheld the verdict.

The lesson here is clear: Businesses need to protect their IP.

The abstract nature of IP makes it difficult to appreciate, but it is the currency of the knowledge-based economy, which took shape in the mid-1990s along with the Internet.

The general public has a hard time understanding the value proposition put forth by proponents of strong IP regimes: paying more in the short term to reap longer-term benefits as greater innovation and technological advances eventually lower prices.

The immediacy of the Internet makes it difficult to accept this proposition. The Internet also makes it seem like things are free. There doesn’t seem to be a cost to doing a Google search or reading news on Facebook.

But Alastair Sweeny says there is a cost when one considers the data Google, Facebook, and Microsoft collect on users and what they may do with it. “Every time you use Google search, you’re being tracked. That pays the bills,” he said in a phone interview.

Sweeny, vice president of development for Kryptera, a Waterloo-based encryption technology startup, is well aware of what can happen to a company that doesn’t protect its IP by patenting its processes.

“Because we’re still non-commercial, we’re keeping everything very close to our chest, making sure the patents are appropriate and that we’d be prepared to defend them,” Sweeny said.

Patents are worthless unless a company is able to enforce them. But for a small company, it is costly and time-consuming to pursue legal action.

Canada’s judicial system needs more IP awareness. One promising idea is to set up a tribunal staffed with IP specialists, which would be better able to deal with the issues than the higher courts.

Sweeny and others want to see rapid judicial expertise applied in IP. “If you’re the Canadian government, you don’t want to throw money down the drain. If you want to support entrepreneurship, you’ve got to make sure Canadian entrepreneurs can protect their patents,” Sweeny said.

“Looking at expert tribunals or improving the expertise in judges should be a strong recommendation,” Owens said. Many of Canada’s trading partners have specialized IP courts.

Another widely supported recommendation is to make patenting easier for small businesses. Owens suggests reducing or waving legal fees for the first patents.

Between 2004 and 2014, Canada actually saw a substantial decrease in research and development spending. Not surprisingly, this goes hand in hand with a poor ratio of total patents filed as a proportion of the population—given a “D” grade by the Conference Board of Canada in 2013.

Many sense it is time for an about-face on IP in Canada, and the government’s plan to establish a strategy can set a new direction for the country in its bid to realize its potential as a global leader in innovation.