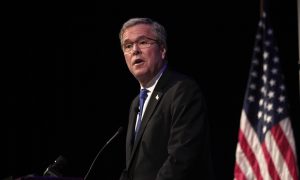 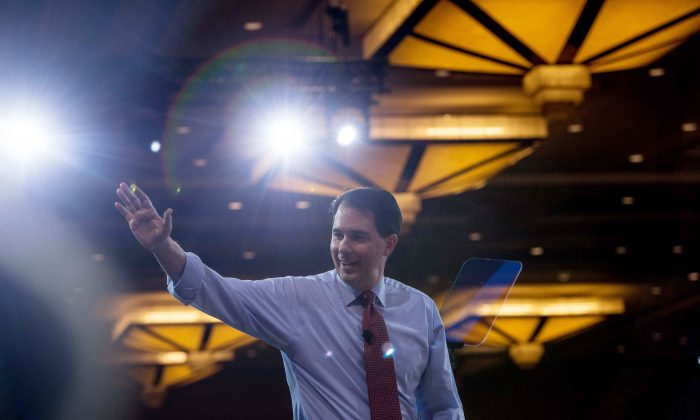 After CPAC, Walker Emerges as the Clear GOP Front-Runner

Sen. Rand Paul (R-Ky.) won the straw poll at the Conservative Political Action Conference for the third-year straight this week, but the real winner in the field was Wisconsin Gov. Scott Walker, who came in a close second.

CPAC’s demographic skews towards young libertarians, the voting block most favorable towards Paul, so it was unsurprising that he was the first pick of the conferences’ 3,000-plus attendees, rather the numbers are a veritable coup for Walker, who is now the clear front-runner in the GOP presidential primary.

Paul took in 26 percent of the votes, down from 31 percent last year, whereas Walker saw his support at CPAC triple from 7 to 22 percent. Jeb Bush, who is the presumed front-runner in the GOP primary, drew in a dismal 8 percent.

The results of CPAC have bolstered Walker’s reputation as someone with the widest appeal in the GOP field. Bush has more establishment support and is tapped into a network of donors, but his lukewarm support among the party’s grassroots makes him vulnerable in Iowa, and he remains a deeply polarizing figure, evidenced in part by the repeated boos during his speech at the conference on Friday, especially when the issue of immigration came up.

Walker had previously supported a pathway to citizenship for illegal immigrants, but has countenanced ambivalence in recent months, and made a full pivot on Sunday, saying that he has “changed his mind” on immigration.

“My view has changed. I’m flat out saying it,” Walker said on Fox News Sunday. “I’ve talked to people all across America, and the concerns I have is that we need to secure the border … part of this is to put the onus on employers, getting them E-Verify and tools to do that.”

The concerns I have is that we need to secure the border.
— Gov. Scott Walker

Bush, on the other hand, has maintained granite-like support for amnesty for illegal immigrants that would make a change of heart impossible to pull off, and at CPAC his pledges to secure the border and reverse President Barack Obama’s immigration policies were ham-fisted attempts that failed to excite the crowd.

Outside of CPAC, Paul poses little threat to Walker’s position in the race. A Quinnpiac poll from late February has Walker as the first choice of 25 percent of likely attendees of the Iowa caucus, double that of Paul’s 13 percent support.