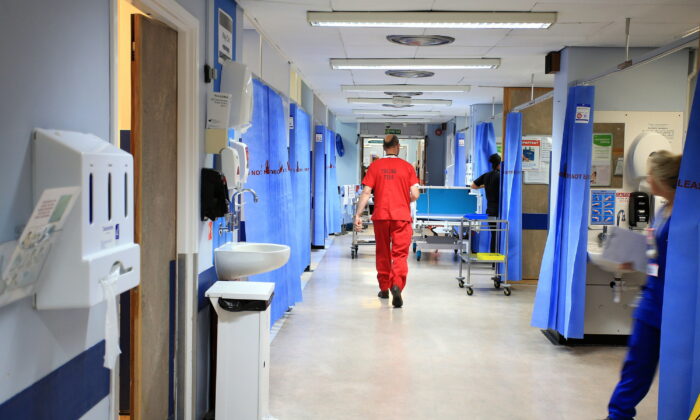 A virus not known to normally cause disease, coupled with lowered immunity in children due to lockdowns, may have led to a hepatitis outbreak, researchers have found.

UK researchers believe they have identified the cause of acute liver problems that have been affecting young children around the world.

Two new studies, which have yet to be peer-reviewed, have now been published led by the University of Glasgow and Great Ormond Street Hospital (GOSH) in London. The UK Health Security Agency (UKHSA) also worked with them.

More than 1,000 children, many under the age of five, in 35 countries are thought to have been affected.

In the UK, most of the 268 children affected by sudden-onset hepatitis have been aged under five, with nearly 40 percent of children taken to hospital needing intensive care. Twelve children in the UK needed a liver transplant for rapid liver deterioration.

The study found that the outbreak was connected to the common adeno-associated virus 2, or AAV2. The virus is not known to normally cause disease and often accompanies infection with adenoviruses, but has now been found by scientists to be associated with the development of acute hepatitis in a small number of young children.

It added that AAV2 was present at high levels in all but one sample from patients with unexplained hepatitis and so the researchers believe that coinfection with two viruses—AAV2 and an adenovirus, or less often the herpes virus HHV6 (which has also been found in sample from some patients)—may offer the best explanation for the onset of severe liver disease in affected children.

However, researchers said that still cannot be certain why this is happening now.

Both teams said that they highlighted the possibility that a peak in adenovirus infections in the general population after a period of lockdown may have led to this, through lowered immunity in children to certain viruses and changes in patterns of virus circulation.

Both studies were able to rule out the likelihood of recent or previous COVID-19 infection as a direct cause for the hepatitis cases.

In April, diagnostic pathologist Dr. Clare Craig from organisation HART, which was set up to share concerns about policy and guidance recommendations relating to the COVID-19 pandemic, told The Epoch Times such cases could be down to lockdown measures, which have deeply modified the natural course of viral infections.

At the time, she said that “the point is what we’ve done with lockdowns is that we’ve massively disrupted the way that we interact with each other and consequently we’ve interrupted microorganisms and the way we spread them to one another.”

“Hart has been calling out concerns around lockdowns leading to waning immunity and susceptibility to infection from the beginning of 2021,” Craig told The Epoch Times.

Professor Emma Thomson, senior author of the Scottish study and an expert in infectious diseases, said: “There are many unanswered questions and larger studies are urgently needed to investigate the role of AAV2 in paediatric hepatitis cases.

“We also need to understand more about seasonal circulation of AAV2, a virus that is not routinely monitored, it may be that a peak of adenovirus infection has coincided with a peak in AAV2 exposure, leading to an unusual manifestation of hepatitis in susceptible young children,” said Thomson.