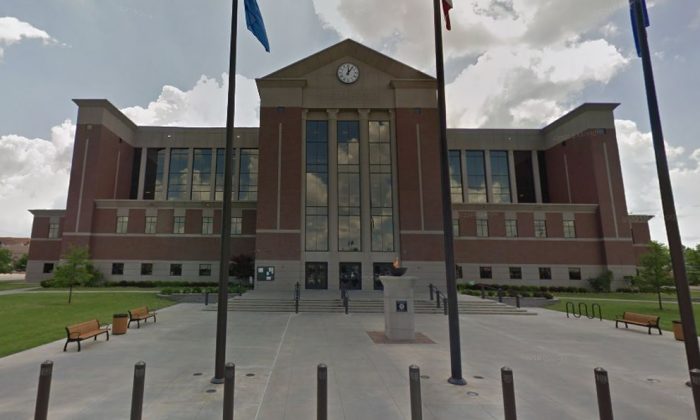 A courthouse in Oklahoma was forced to close early on Feb. 4, 2019 after bedbugs were seen coming out of a lawyer’s clothes, according to reports. (Google Street View)
US News

Courthouse Shuts Down Due to Bedbugs Falling out of Lawyer’s Clothes: Reports

A courthouse in Oklahoma was forced to close early on Feb. 4 after bedbugs were seen coming out of a lawyer’s clothes, according to reports.

KMTV reported that Rogers County Courthouse officials had a meeting and decided to close the courthouse until the bedbugs were gone.

“Hard to imagine someone doesn’t know, you know that some bed bugs are crawling all over them certainly in abundance,” Rogers County Sheriff Scott Walton said.

As a precautionary measure the Rogers County Courthouse will close on 2/4/19 @ 12:00 to allow us to insure public safety.

Walton said the lawyer with the bedbugs “also shook his jacket over the prosecutors’ files.”

Mike Clarke, head of security for the Rogers County Courthouse, said the attorney had an indifferent attitude.

“I don’t even think he cared,” Clarke said.

Bedbug exterminators were called to the courthouse to deal with the infestation.

A letter that was posted on the door advises people who think they might have been exposed to treat themselves, without elaborating.

It’s not clear who will pay for the bill for the exterminators.

“In a span of about 30 minutes, this decision was made, that flyer was made,” said Hendrix.

“That flyer was made. We try to get the information out over the intercom, what we were doing and if we had a chance to reword that flyer, we would because there was never a confirmed case,” he said.

Hendrix said these situations come up on a regular basis and in public buildings.

“This is not, like, the first time this has happened in a public place. These professionals knew how to deal with the problem and deal with it very quickly,” he said.

Judges had to reschedule a number of cases due to the courthouse shutdown.

In a separate case, a mother in Texas said that she found dozens of bedbugs covering the headboard, bed, and other parts of her hotel room.

Kali Powell, who was with her two young children, said the incident was disturbing.

“It was the most nasty thing. They were big, they were little. There was blood on the sheets. That was from when we were flipping the sheets, and bugs were crushed by the sheets,” Powell told WOAI.

Powell had been staying at the Drury Inn and Suites in Stone Oak.

How to Identify Bedbugs

Bedbugs, according to the Environmental Protection Agency, “are not known to transmit or spread disease” but “can, however, cause other public health issues.”

“If you have a bedbug infestation, it is best to find it early, before the infestation becomes established or spreads. Treating a minor infestation, while an inconvenience, is far less costly and easier than treating the same infestation after it becomes more widespread,” says the EPA.

The agency adds that “bites on the skin are a poor indicator” of a bedbug problem.