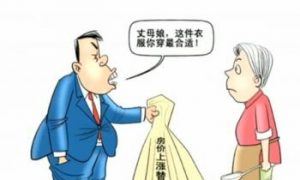 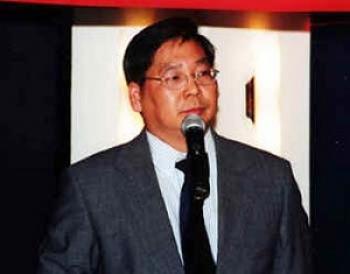 Crescent Chau, publisher of La Presse Chinoise. A judge said in a recent ruling that it was fair to suggest that Chau was acting as an agent of Beijing in his unsubstantiated defaming of Falun Gong in a high-circulation 'special edition' of his newspaper.
US

By Matthew Little
Print
Epoch Times journalists acted in the public interest and made no fault in probing whether a Montreal newspaperman was acting as an agent of Beijing when he took the unusual step of publishing special editions devoted entirely to demonizing groups persecuted by the communist regime in China, and then distributing them across Canada.

“This is a case of the biter complaining about being bitten,” Justice Mandeville said in her ruling, adding that it was fair to suggest that Chau was acting as an agent of Beijing.

The articles expressed “legitimate concerns and constitute an opinion which is drawn from a factual premise and not made for the purpose of abusively attacking the reputation of Mr. Chau,” the court found.

The issue began in late 2001 when Chau published the first of four special editions of his newspaper, which usually numbers at most 4,000 copies per week in Montreal and Ottawa and sells for 60 cents.

This time, however, Chau found the resources to print more than 100,000 copies and distribute them free of charge in Chinese communities coast to coast.

The papers had no advertisements or news, just articles denouncing and calling for the elimination of the Falun Gong meditation practice, which has been subject to violent suppression in China since 1999.

The articles in Chau's special editions repeated the Chinese regime's most malicious, unsubstantiated charges against Falun Gong practitioners—that they engage in bestiality, vampirism, murder, and suicide. These are exactly the same virulent fabrications state-run media in China have been broadcasting since the practice was outlawed in 1999—charges that multiple government bodies and rights groups say are propaganda used to justify the repression.

The Epoch Times examined Chau and his business and wrote several articles detailing his actions. The paper interviewed a former high-ranking Chinese diplomat who suggested Chau was working on the behalf of the Chinese regime.

But the judge found that Epoch Times journalists had “acted reasonably and committed no fault,” noting that the reporters had reviewed testimony made before the European Parliament and U.S. House of Representatives, interviewed a former Chinese diplomat with insight into Beijing's influence of overseas media, and spoken with members of the Chinese community in preparing their stories.

The judge noted that Chau described his own role as an agent of the Chinese regime.

“In fact … during a forum for news agencies in Beijing [Chau] described his duty as a publisher of an overseas Chinese media, saying that he has ‘… the responsibility to maintain a positive image of its motherland, to defend the dignity of the Chinese nation and to unswervingly promote and facilitate the spirit of national revival,’” Justice Mandeville wrote, in reference to one of Chau's speeches uncovered by an Epoch Times reporter.

“Mr Chau … believes that it is part of his responsibility to defend the position of the PRC government. The [Epoch Times] articles raised that his opinions on Falun Gong but also on Tibet and many other subjects are identical to that which the PRC's government advocates.”

The court also found that, though Chau had denied being an agent of Beijing, his explanations for how he funded his special editions were “to say the least, nebulous.” Justice Mandeville said Mr. Chau had offered three different explanations.

She added that The Epoch Times had an essential source in Chen Yonglin, a former consul at the Chinese consulate in Sydney, Australia. Before defecting to Australia, Chen said his responsibilities included monitoring and participating in efforts to suppress Chinese dissidents in Australia.

Chen supported this claim with a document from the Chinese consulate in Sydney.

Titled the “Special Anti-Falun Gong Working Group Division of Labour Table” and dated February 7, 2001, it lists the responsibilities for members of the anti-Falun Gong team, which included the heads of all sections at the consulate.

Chen said it was likely that Chau was acting on Beijing's behalf.

The stories Chau complained of, published in 2007, were merely several of many reports The Epoch Times carried that probed the Chinese regime's efforts to influence media, community, and student groups in Canada. It's an issue that has concerned the Canadian government.

In 2006, The Epoch Times uncovered that Ottawa had sent home Mr. Wang Pengfei, the second secretary at the Chinese embassy in Ottawa, after he was caught collecting information on Falun Gong practitioners in Canada and inciting students to help him. The Prime Minister's Office later confirmed the report.

“I am very pleased to see that the judge realized that this was sound journalism, that it was well done,” says Michel Juneau-Katsuya, one of Canada's foremost experts on Chinese espionage and the former head of the Asia desk for CSIS (Canadian Security Intelligence Service).

Juneau-Katsuya is the author of Nest of Spies, a book detailing Canada's failure to address espionage carried out in Canada by China and other countries.

He said lawsuits like the one The Epoch Times faced are a common strategy the Chinese regime uses to silence people who are writing about sensitive topics.

“Chinese intelligence services know the law and they have been using the law to try and intimidate. This is a form gagging lawsuit. They try to sue people and entangle them in lawsuits for a long period of time, knowing this will cost them a lot of money, to scare them to write about them.”

“We know one thing, that the vast majority of the Chinese media are actively controlled by the [Chinese] government.”

Juneau-Katsuya says those like Chau who follow the Chinese state media closely can earn accolades back in China and free trips on lucrative speaking tours.

Chau's work to denounce Falun Gong was indeed immediately recognized. Within four days of the “special edition” hitting the streets, the website for the Mainland China-based People's Daily, the official newspaper of the Chinese Communist Party, published a report praising Chau.

“The Justice Special Edition (the paper also bore the English name Truth Magazine) has 32 pages with a distribution of more than 100,000 copies,” the People's Daily said. “The front page carries publisher Crescent Chau's special article … It is very sharp, rich in content, and powerful.”