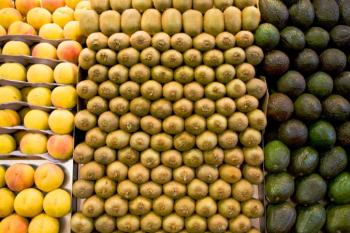 Zespri remains the only company permitted to export kiwifruit from New Zealand. (Photos.com)
US

The high court ruled against the three claims made by Turners and Growers which attempted to squish Zespri's control of the New Zealand market.

Kiwi fruit marketer Zespri called on Turners and Growers to discuss how its commercial aspirations could be achieved under the collaborative marketing provisions, rather than continue its political and prolonged litigation.

Zespri chief executive Lain Jager said that this would allow Turners and Growers to develop export opportunities that benefited both New Zealand kiwifruit growers and their own shareholders – 17 other companies are already exporting kiwifruit through collaborative marketing programmes.

Under the Kiwifruit Export Regulations 1999, no entity apart from Zespri can export kiwifruit from New Zealand, other than for consumption in Australia.

According to Mr Lain Jager, the New Zealand Government and the New Zealand Opposition, along with 90% of kiwifruit growers and now the High Court of New Zealand, have each confirmed their support for the existing arrangements.

The Government says it will fight to retain New Zealand's kiwifruit export arrangement as long as growers want it.

Turners and Growers has previously broken the control of the former New Zealand Apple and Pear Marketing Board, and in January 2003 took over the pip fruit grower-owned company Enza.