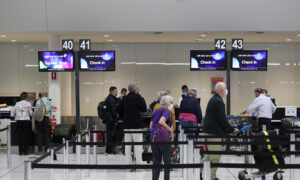 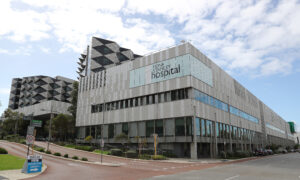 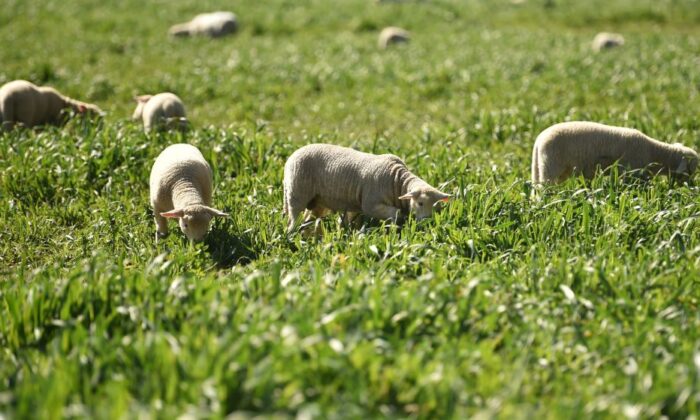 This photo taken on May 4, 2020 shows sheep feeding on lush grass on the property of Australian farmer Kevin Tongue near the rural city of Tamworth, 450 kilometres north-west of Sydney, Australia. (PETER PARKS/Getty Images)
Australia

Animals Australia has lost a Federal Court challenge to stop 50,000 sheep from being sent to the Middle East during the northern summer live export ban.

The group had filed an urgent application to overturn the Department of Agriculture’s approval, but on June 16, Justice Susan Kenny ruled the case should be dismissed.

Animals Australia strategy director Lyn White said the group accepted the court decision but was disappointed with the outcome.

“Our position remains that had the department had all available expert evidence before it, this exemption would not have been granted,” she said.

“The reason this legislation was introduced was to ensure commercial interests were no longer put before animal welfare.”

The department had earlier this month denied Rural Export and Trading WA an exemption to the ban due to animal welfare concerns.

A fresh application was approved on Saturday to send the sheep onboard the Al Kuwait, with welfare measures including a vet, unloading at one port only and not loading a hotter area of the ship near the engine room.

The Al Kuwait livestock vessel had docked in Fremantle on May 22 and was expected to carry 56,000 sheep before the June 1 live export deadline.

But its departure was stalled, with almost half of the ship’s 48 multinational crew testing positive to COVID-19 since it arrived. They have all now recovered.

Moments after the court finding was handed down, Premier Mark McGowan told reporters he expected the vessel to leave on Wednesday.

The live export ban was introduced this year in response to thousands of sheep dying from heat stress aboard the Awassi Express in 2017.