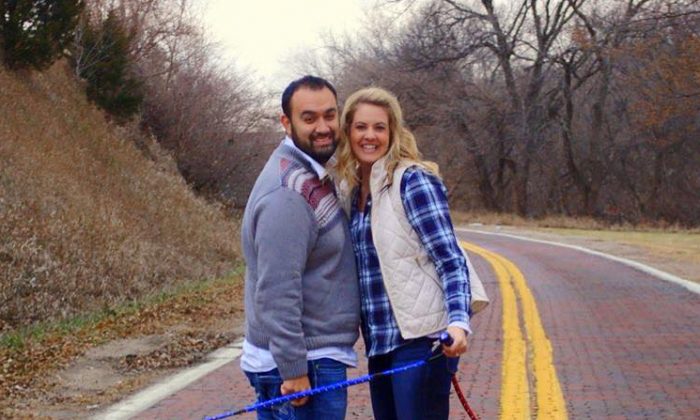 Lindsay and Brian Vargas have tried to have children for 13 years.

The couple endured 15 miscarriages, an ectopic pregnancy, and multiple failed attempts at surrogacies and adoptions.

On Oct. 15, their patience and perseverance were rewarded. The couple adopted a baby girl from a woman who did not want to keep her child.

But that’s just one-third of the good news. Shortly after the adoption, the couple later learned that their last attempt at surrogacy succeeded. They are now expecting a boy and a girl in April.

Lindsay Vargas’s sister, Kelly O’Toole, agreed to be a surrogate mom for the couple. She is now happy for the future parents, who have both endured more than a decade of disappointments.

“I can’t wait for them to have this complete family,” O’Toole told WOWT. “It makes me so happy.”

Lindsay and Brian Vargas, 35 and 37 respectively, started trying to have a child a year after they married, Fox News reported.

They had a health scare while Lindsay was taking medication to trigger ovulation. This led the couple to consider fertility treatments.

“My doctor kept increasing the dose beyond the recommended length of time and didn’t monitor me,” Lindsay Vargas told Yahoo Lifestyle. “As a result, I developed a softball-sized cyst on my ovaries.”

As the couple faced failure after failure, the medical bills piled up. They cashed in their stock portfolio and retirement accounts to clear more than $500,000 in medical costs.

The couple eventually turned to GoFundMe to gather funds for treatment.

After the scare, they tried in-vitro fertilization, but each pregnancy ended in a miscarriage after eight weeks. A doctor later diagnosed Brian Vargas with a condition that could cause miscarriages.

Then one day a doctor told the couple that there weren’t any options left. Lindsay Vargas fell into a dark period and withdrew from friends and family.

“I longed for the experience of being excited about my pregnancy,” she said. “And I became jealous of pregnant women in my life—even those I saw at the grocery store.”

Lindsay Vargas found a therapist. Around that time, her sister offered to be the couple’s surrogate.

But the surrogacy attempts failed four times in a row. By this time, Brian was working three jobs to pay the bills. The couple also received help from family.

“In the meantime, a woman contacted us through GoFundMe and asked if we could adopt her unborn baby and we went for it,” Lindsay said.

After 13 years of waiting and trying, Brian and Lindsay Vargas traveled to California for the birth of their adoptive baby girl, Henley.

Shortly after, they learned that Henley will have a brother and sister.

“I’m nervous—how will I handle three children?” the happy mom joked, “It takes us forever to leave the house with Henley.”