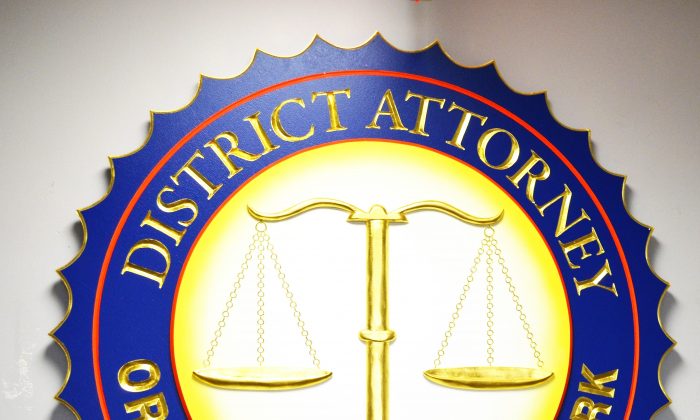 Sign at the Office of the Orange County District Attorney in Goshen on July 15, 2015. (Yvonne Marcotte/Epoch Times)
New York

County Recovers $1.2 Million in Fraudulently Taken Public Money in First Half of ’16

On Aug. 31 Orange County District Attorney David Hoovler announced that a state report shows Orange County outperformed every other county in the state except Manhattan under the Crimes Against Revenue Program (CARP) in the first half of 2016.

The state’s CARP initiative provides funding to district attorney’s offices to enable those offices to enhance the investigation and prosecution of cases involving the theft of state money.

The initiative primarily targets people who fail to remit tax money to the state, but also includes those who commit public benefits fraud, such as welfare and food stamp fraud, and companies that commit workers compensation insurance fraud.

The report from the State Division of Criminal Justice Services (DCJS) says that in the first half of 2016, Orange County’s CARP effort recovered more than $1.2 million in state funds that had been fraudulently taken.

Under CARP, DCJS provides the Orange County District Attorney’s Office with a yearly $89,000 grant to partially fund the salary and benefits of one assistant district attorney.

Hoovler said this effort was a priority when he took office. “I intended to make the theft of state money a priority for our prosecution efforts. I’m proud to know that my Office’s CARP effort is second in the state, outshining many larger counties, and coming in behind only the county with the largest financial sector in the world.”

CARP is designed to hold accountable those who deliberately fail to pay tax obligations, as well as those who commit Medicaid, welfare, unemployment and workers’ compensation fraud.

All taxes, such as excise, sales, and income, are subject to CARP activities.

The program, established in 2004, provides grants to District Attorneys offices across the state so they can investigate and prosecute these cases, according to the program’s website. Medicaid, welfare, unemployment, and workers’ compensation fraud have been a focus of the county’s investigations in recent years.

All taxes, such as excise, sales, and income, are subject to CARP activities. Investigations focus on individuals, corporations or industries and can include complex financial fraud and tax evasion schemes by major criminal enterprises.