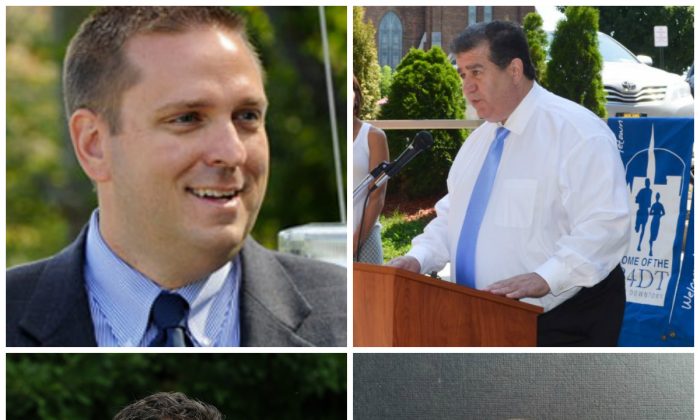 County Leaders Weigh in on State of the State

Economic development from another round of Regional Economic Development Council (REDC) grants and more access to high-speed Internet got DeStefano’s vote. “The REDC has had such a significant impact on the City of Middletown,” DeStefano said in a statement. He cited Touro College, Equilibrium Brewery, Clemson Brewery, Heritage Trail funding, and seed money for the redevelopment of the 232- acre former Psychiatric Center as significant projects supported by REDC seed money.

Skoufis liked reducing taxes for small business. “Small businesses are the life blood of New York. They employ our friends, neighbors and relatives. As such, it is imperative that we give all small businesses the oxygen they need to succeed. Through a further reduction in the taxes small business pay, we can encourage everyone to jumpstart their dreams and be a major job creator in our state.”

Neuhaus highlighted the building, expanding, and maintaining of transportation infrastructure. “I’m also looking forward to some of the governor’s proposals to fund infrastructure improvements including bridges, roads, and areas vulnerable to extreme weather. Orange County will also be competing for the upstate airport funding.”

“We must also truly endeavor to upgrade the roads, bridges, tunnels, and mass transit that millions of New Yorkers use every day,” Skoufis said in a statement. “During budget negotiations, I will fight to make sure the Hudson Valley’s infrastructure needs are properly met.”

The mayor highlighted the $100 million Community School Fund with a focus on high needs schools such as Middletown’s. He applauded the governor for responding to the Common Core implementation by the creation of the Common Core Task Force and accepting all 21 recommendations of the Task Force.

Skoufis urged more reform of common core and reduction in student testing. “We must ensure that whether through trade schools or traditional schooling our kids are properly prepared to learn and are given the right tools to succeed. That’s why I will continue to tirelessly fight to reform common core and end the gap elimination adjustment so children are not over-tested and schools will be able to hire the necessary staff to succeed in teaching the kids of today to be the scientists, entrepreneurs, and leaders of tomorrow.

“The only way we can call ourselves the People’s House is by earning the people’s trust again. Passing real legislative and campaign reforms is the only way to restore faith in state government. Closing the LLC loophole, capping or banning outside income for legislators, and greater disclosure are common-sense steps we can and should take in the upcoming session.”

Ethical behavior from our elected officials concerns DeStefano. “The Governor’s proposals to close the LLC loophole, increase campaign disclosures, along with other reforms such as forfeit of pensions for public servants convicted of corruption are welcome and necessary to restore public trust in our government,” DeStefano stated.

“These proposals along with increased opportunity for the public to participate in government with early voting, automatic voter registration along with a Constitutional Commission are excellent proposals that will get the public more involved in government, all positive moves for New York residents, DeStefano said.

While local government plays a major role in addressing the needs of the homeless, DeStefano commended the construction of affordable housing with the Empire State Poverty Reduction Initiative. The state was a major player in the repurposing of The Mill Street project, which offers workforce housing.

Neuhaus highlighted his other concerns for agriculture and security. “I am very supportive of eliminating tolls for farmers that are bringing their products to market. Orange County agriculture is still a major part of our economy. I will support any effort that supports this industry.

“Public safety is a major concern for every family across our nation,” Neuhaus said. “I wholeheartedly support Governor Cuomo’s proposal to increase state police and National Guard presence at locations throughout the state.”