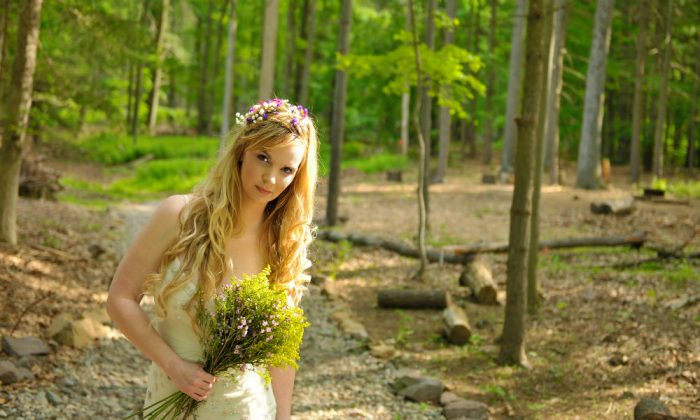 Country music artist Doreen Taylor whose song "Colors of the USA" was named the official anthem of the National Parks Conservation Association in June 2014. (Courtesy of Doreen Taylor)
Entertainment

Memories of family trips to national parks are nestled in the hearts of so many Americans, in that part of the heart that’s connected to the innocent and wonder-filled days of childhood. For country music artist Doreen Taylor, the colors of these memories remain vibrant and they paint the portrait of her native land.

In the new official anthem of the National Parks Conservation Association, “Colors of the USA,” Taylor recalls the green grass surrounding children as they laugh and play, she recalls the rainbow she saw as a child in Yellowstone Park.

“I would have to say Yellowstone is one of the national parks that has had the most impact on me,” Taylor told Epoch Times. “To this day I still remember what it felt like at the mere age of 7, standing in front of the Lower Falls in Yellowstone; as a rainbow appeared a single bird flew overhead. It was one of the most touching and memorable moments of my life and that was my inspiration for ‘Colors of the USA.'”

While writing the song, she was overcome by the power of those moments. Tears filled her eyes as she sat at her piano and poured her love into the song. Music has a strong connection to emotion and memory. It rouses the spirit of the past and brings it to dance before us with a beauty both sweet and sacred. The sacredness arises from the intimate and precious way those experiences have molded our beings.

Those who have felt the connection to the land understand the importance of ensuring future generations may have similar experiences.

“They are the treasures we fight to protect everyday and the gifts that we cannot take for granted,” Taylor said.

As the National Park Service approaches its 100th anniversary in 2016, efforts to preserve the parks as “America’s living classrooms” should push forward, said Taylor. “Many of the issues that the National Parks face today are the same issues that they have encountered for decades. Chronic federal funding shortfalls, air pollution, water pollution, and inappropriate development continue to threaten the parks survival.”

By connecting with Americans through music, Taylor hopes to remind them of the beauty of their land and the need for conservation. Country music is a distinctively American genre, and thus a fitting medium to celebrate the nation’s heritage.

Taylor sings, “The tapestry of my country is woven in so many colors that blanket this land of love. … City to city from sea to shining sea, America the beautiful.”

She recalled that when she was writing the song and felt strongly the connection to the land and it’s impact on her childhood, “I knew right then and there that something very special was happening and that this had become more than just a song.”