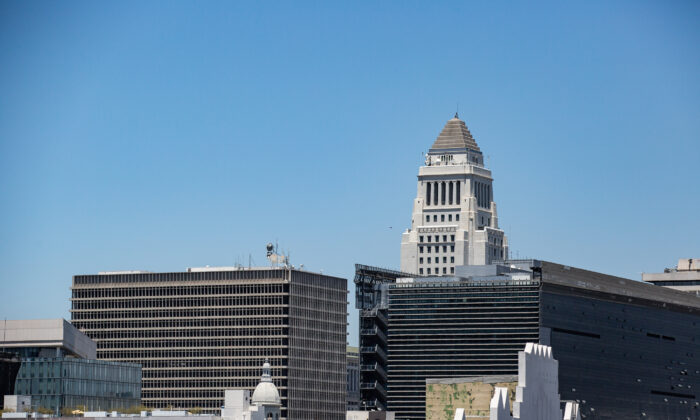 De Leon became the third council member to be targeted by a recall petition this year, with constituents upset with “tiny home villages” in their neighborhoods. The petition needs 20,563 signatures of qualified registered voters in Council District 14 by Dec. 14 to get on the ballot.

The villages are meant to serve as interim housing amid historic homelessness and the affordable housing crisis in Los Angeles. Crews broke ground on June 29 on a 224-bed tiny home village in Highland Park, which is expected to be the largest in California.

“Every single neighborhood deserves safe streets, clean sidewalks, and clean air, and everyone in our city who works hard should have the opportunity to get ahead,” de Leon said in a campaign announcement video released Tuesday.

“… To me, turning big ideas into bold action is what leadership is all about. That’s the only way to confront the challenges we face right now, because going backwards is not in our DNA.”

Mayor Eric Garcetti is termed out from running again in 2022, and is expected to leave office early pending the U.S. Senate’s confirmation of his appointment as ambassador to India.

De Leon is a recent addition to the City Council, assuming office in October 2020 after a special election for the District 14 seat vacated by Jose Huizar, who was charged in a federal investigation into bribery and corruption.

De Leon previously served as the president pro tempore of the California Senate, where he served from 2010-18. He served in the state Assembly from 2006-10.

One of de Leon’s early moves on the City Council was a series of motions as part of his “A Way Home” initiative to have the city develop a plan to create 25,000 new homeless housing units by 2025.

“The people of Los Angeles are hurting in ways that I understand on a deeply personal level. I know what housing insecurity feels like. Growing up in crowded basement apartments, sharing houses with strangers, and sleeping in my car—I understand what it means to live on the margins, wondering whether we would eat or keep the lights on from one month to the next,” Kevin de Leon said in his campaign announcement.