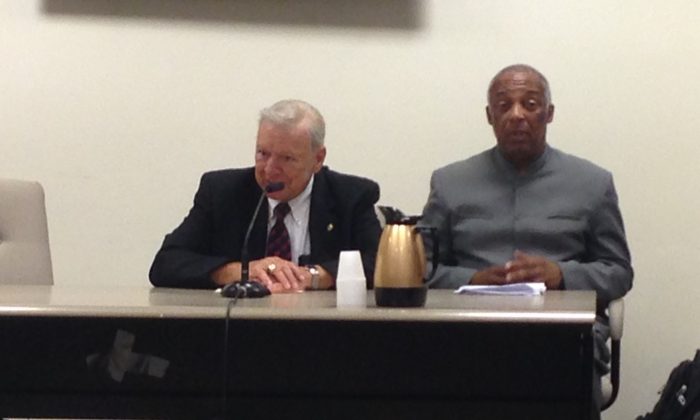 NEW YORK—A popular merit-based scholarship which rewarded CUNY students who earned a B or higher may soon be revived.

Officials have worked to restore the program for year, but on Thursday Vallone said that the program’s revival may soon be a reality given the progressive agenda of Mayor Bill de Blasio and the City Council.

De Blasio supported the program when he was the city’s public advocate and urged for its restoration.

“Empowering the sons and daughters of immigrant families with the skills and knowledge to succeed isn’t just the right thing to do, it’s critical to New York City’s future,” de Blasio said in a statement last year. “We must do right by New York City’s young people and restore this funding.”

Vallone said on Thursday that he will be asking for $5 million to restore the scholarship program. Council members Inez Barron, Ydanis Rodriguez, and Vanessa Gibson all said they support the idea.

Before it was cut, the scholarship was available to undocumented immigrants, making it what Council member Paul Vallone called “New York City’s Dream Act.”

UPDATE: Lionel Morales from Council member Vallone’s office said that the Peter F. Vallone Scholarship program has ranked first on the Queens City Council delegation’s list of budget priorities. When all of the borough delegations finalize their priorities, the top two will be added to the budget.