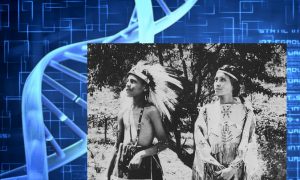 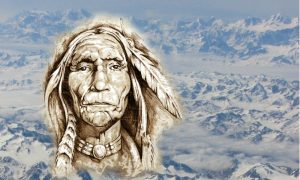 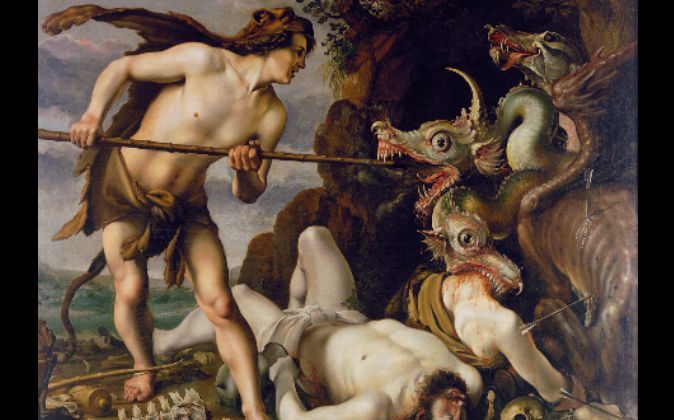 Could Ancient Greek Myths Hint at Contact With South America?

The ancient Greek myth of Cadmus battling a snake could be an allegory for the discovery of the Amazon River, said Dr. Enrico Mattievich, a retired professor of physics from the Federal University of Rio de Janeiro (UFRJ) in Brazil. Mattievich wrote a book titled “Journey to the Mythological Inferno” in 2011, exploring connections between Greek myths and South American geographical and historical sites.

Some scholars have said the Cadmus myth was based on a simple fight between a man and a real snake. Some Jungian psychologists said it represents a battle against the impulse to commit incest. Mattievich thinks it is more significant; the snake is the unruly, winding, and sometimes tempestuous South American river conquered by early Greek explorers.

The snake’s fiery eyes and noxious venom describe the imposing volcanoes along the Amazon. It’s rows of teeth are the mountain ranges, and it’s many tongues are the branching rivers.

We will look at passages of the Cadmus myth, as told in Ovid’s “Metamorphoses,” along with Mattievich’s analysis, which he gives in his Q-mag article “Cadmus Slays the Serpent.” We will also briefly discuss Mattievich’s theory that Odysseus’s journey to Hades in Homer’s “Odyssey,” was actually a journey to an underworld of a different sort—to South America, a land below Greece.

He makes these archaeomythological arguments in the context of other, controversial evidence that contact began between the Old World and South America long before it is commonly thought to have started.

It is beyond the scope of this article to examine that evidence, but we will briefly mention an interesting experiment carried out by Dr. Thor Heyerdahl in 1969 and again in 1970. He built a boat using papyrus, similar to the boats constructed by ancient Egyptians. He sailed it from Morocco to Barbados twice to show that America was accessible to the people of those days.

Why the Snake May Represent a River

Verses 77–80 of “Metamorphoses,” describe the snake in very river-like terms, Mattievich pointed out: “The snake would at one point curl up within its coils making a vast circle, then it would stand up straighter than a length of planking, or be carried forward in a mighty rush, like a stream swollen by rainstorms, and with its breast push aside the woods standing in its way.”

Though the allegory is a “masterpiece of poetic creativity,” Mattievich wrote, “it was not able to transfigure completely the true nature of the ‘aquatic monster.'”

He also noted that Greek myths are known to portray battles with rivers. For example, Homer wrote of Achilles’s battle against the river Scamander. Ancient Greek literature also includes precedents for describing a river as an animal. The Achelous River, for example, was represented at times in the forms of a bull, a dragon, or a man with the head of a bull.

A Snake the Size of a River

In verses 44–45, Ovid described the enormity of the creature: “[The snake] looked down on the whole copse with a body as large as, were you to see it all, as the one that separated the twin Bears.”

Ovid is comparing the snake’s size to the constellation Draco, located between the Great Bear and Little Bear.

Mattievich wrote, “In astronomy one knows that the distances between stars are comparable to geographical distances on the Earth, if their respective arcs are projected over a sphere.”

The arc between Draco’s head and tail coincides roughly with the length of the Amazon River.

The arc between Draco’s head and tail coincides roughly with the length of the Amazon River.

The snake was distinguished by a golden crest, its eyes “gleamed with fire, and all its body swelled with venom,” Ovid wrote. In verses 72–76, he wrote: “When this fresh grievance had been added to its usual anger, its throat swelled up with full veins, and a whitish foam round its noxious jaws; its scales scraped noisily on the Earth, and black breath came from its Stygian mouth to infect the corrupted air.”

The golden crest could refer to the abundant gold found in the Peruvian Andes. The eyes of fire could be the active volcanoes reported throughout history in the Andes.

“The foam that dribbled from the pestilent lips of the serpent, that is, from the river, is a poetic description of the very light and porous volcanic matter, which is less dense than water,” Mattievich wrote. This matter is known to float in the Amazon.

Volcanic activity has similarly been related to venom in other Greek literary works. Greek geographer Pausanias, who died in A.D. 180, wrote that the fetid smell of the Anigrus River was caused by the Hydra’s venom. This smell is actually caused by sulfurous hot springs and gases emitted by active volcanoes. The Anigrus River originates from a mountain in Arcadia.

When Ovid stated that “its teeth stood in triple ranks” and “its three tongues flickered,” he was referring to three mountain chains and three main rivers that branch off the Amazon River (Ucayali, Huallaga, and Marañon) respectively, Mattievich said.

Mattievich included further arguments as to why the Cadmus myth could represent the exploration of the Amazon River, we have just touched upon a few main points here. He has examined other Greek myths in his archaeomythological investigations, including that of Odysseus entering Hades.

He has performed an analysis of this myth in the second part of his article “Cadmus Slays the Serpent,” similar to his analysis of the Cadmus myth.

Viennese ethnologist Dr. Christine Pellech agrees that Homer’s Hades could be in America. Mattievich quoted Pellech: “Kirke sends Ulysses [also known as Odysseus] to the realm of death or the underworld—the geographic underworld … the other side of the globe, America.”

Pellech and Mattievich propose different locations in America for the entrance to Hades based on Homer’s description of a tumultuous confluence of rivers where a large stone protrudes from the water.

Pellech suggests it is where the Ottawa and St. Lawrence Rivers join in Ontario, Canada. A large protruding stone is found at this location, and nearby are some petroglyphs that may signal the arrival of ancient explorers, according to controversial interpretations by the late Harvard biologist turned epigrapher Barry Fell and influential, Harvard-trained archaeologist David Kelley.

Mattievich suggests the mythical entrance to Hades is El Pongo de Manseriche in the Amazon Basin. The root meaning of Pongo de Manseriche in an Amazonian Native language is the dreadful gateway. It also has a confluence of rivers and a protruding stone, noted Mattievich, among other reasons to believe it is the spot described by Homer.

Greek archaeologist Sotirios Dakaris helped excavate and study a site in Greece, the Nekromanteion, thought to correspond to the gate of Hades. Dakaris and Mattievich maintained a friendly correspondence before Dakaris’s death in 1996. Dakaris said Mattievich had, perhaps, found the key of the Hellenistic Myths.