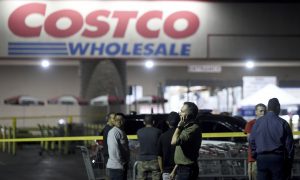 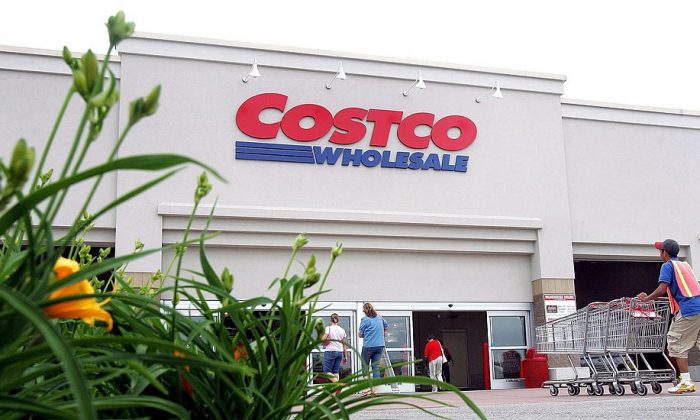 A worker pushes carts outside a Costco Wholesale store in Mount Prospect, Illinois, on May 31, 2006. (Tim Boyle/Getty Images)
US News

Costco has warned its customers about a scam coupon that has been circulating on social media promising shoppers $75 in celebration of the company’s anniversary.

In a Facebook post on Tuesday, the company said members should not trust the “recurring hoax” and confirmed it is not giving away $75 coupons.

“While we love our fans and our members, this offer is a SCAM, and in no way affiliated with Costco. Thanks to our fans for letting us know about this recurring hoax!” it said.

The scam post initially appeared on Facebook earlier this year, promoting users to click on a link that is unaffiliated with Costco, in order to collect their coupon. The fraudulent offer quickly spread across social media as it asks users to share the post and also input personal information.

This is not the first time Costco has been forced to address scam coupons, as the same thing happened exactly one year ago when an identical post began circulating online.

Again users were asked to complete a brief survey about their experience at Costco and then taken to a fake site which declared them a “winner” of the coupon.

It is not known exactly what happens to the information customers provide, however they are most likely shared with various marketing companies, Hoax Slayer reported.

Victims of the scam are typically inundated with phone calls, emails text messages, and letters promoting a range of products and services, according to the outlet.

In 2017, another fake Costco coupon also did the rounds on Facebook, this time offering $41 off any purchase of $50 or more in celebration of the company’s 41st anniversary.

Again, customers were asked to complete a survey and taken to a third-party website where they were prompted to provide their personal information and then share the post with their network.

On its website, Costco, which was founded in 1976, stressed that it never asks customers to provide personal information online unless it’s through its official website.

“There have been some Facebook accounts using the Costco name and logo claiming to offer merchandise at below-market prices or giving away samples. They are SCAMS, and they are neither sponsored nor endorsed by Costco.

“Costco does not ask for money to ship you samples. We also do not ask you to provide your personal information online, except through our official website, Costco.ca,” it said.

It also described several common online scams and how customers can avoid them, advising never to respond to emails that cannot be verified and calling the company to verify the request.

Costco also warned of any companies that request customers deposit a check or a pay a fee to collect a prize.