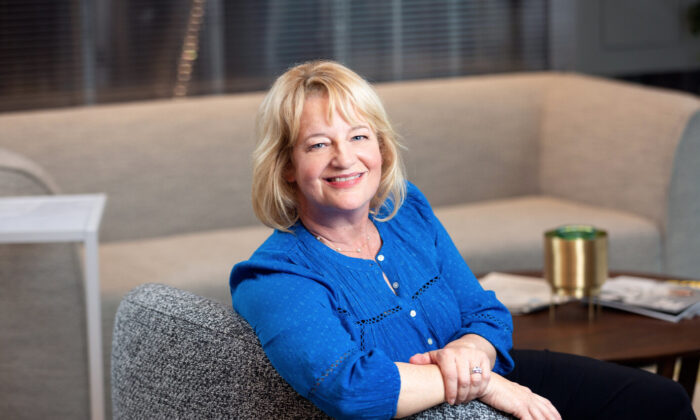 In interviews with The Epoch Times, several of the mayoral candidates spoke of the need to heal divisions in the community and of the need for fiscal responsibility. Strongest on the latter point was longtime Councilmember Sandy Genis who said the city’s current deficit of $24 million was not brought on by COVID-19 alone; the city has been “running in the red” for several years.

Quentin Pullen, a former U.S. Marine who now owns a small business, was a strong voice for unity. “I’ve noticed an erosion to our political climate,” he told The Epoch Times. “What we should be doing as Americans … is trying to make our communities as strong as we possibly can, and we can’t do that by having political fights with left and right.”

Bringing the Community Together

A top priority for Pullen is to build bridges between people in the community. He wants to see more communication between city officials and the 110,000 citizens they serve.

“My first day in office, I want to sit at a desk in front of City Hall and make an appointment calendar for everybody in the city to come and have a conversation with me about the direction that you would like to see the city go,” he said. “Right now, there are so many people in our community that just feel like they’re not being heard.”

He also has ideas about how to build understanding between police and the community.

“People talk about community policing, but how does that look?”

Pullen would encourage police officers to challenge themselves to meet five new people in their community every day. “And I don’t just want you to say ‘hi’ to five people. I want you to strike up a conversation with [them] and get to know those people. … They’re going to tell you things [about] the community and they’re going to feel safer.”

Pullen also gave an example of how the city could help fix a “broken” budget while strengthening community spirit. It centers on the proposal for Lion Park, which would cost the city $1.7 million. “I looked at the proposal and I go, ‘Are you kidding me right now?’” he said.

Rather than spend that money on the park, he would approach businesses such as Home Depot and Wal-Mart, and ask if they would donate or discount materials. Then he would source volunteers to build the park.

“I’m not just asking people for their votes,” Pullen said. “[I’m] asking people to volunteer one hour of their time, once a month, to the community to help the community get stronger. … We’ve got 55,000 registered voters in Costa Mesa. Imagine getting 55,000 hours of labor a month for free. How many things could we improve in our city?”

Pullen is not affiliated with a political party. “It’s not about politics—it’s about people.”

Wendy Leece, an educator and vice chair of the city’s finance and pension advisory committee, also spoke against the ongoing duopoly. She said the division and bickering inspired her to run so she could bring people together.

That’s why her website features the hashtag #LeeceForPeace. “My daughter thought of that,” she told The Epoch Times.

“This battle between the Dems and the GOP [is] a waste of time and it’s a waste of city resources, because there’s these grudges, and the city council meetings are affected by it,” she said. “And I think that I could come in as a unifier and bridge this partisan gap that causes us to not function very well.”

She’s looking for “a way to win some people over and bring both sides together.”

“There’s a lot of different solutions, but we have to listen to everyone and do what’s right,” she said. “And it can’t just be one party rule, like in Sacramento right now.”

A major issue on Leece’s radar is the city’s financial health. She will advocate for “serious belt-tightening,” a reevaluation of city services, and unearthing the resources to aid struggling businesses.

Mayoral candidate Genis, who served on the Costa Mesa City Council from 1988–1996 and 2012–2020, told The Epoch Times she has “become increasingly concerned about the direction of our city” for two primary reasons: fiscal irresponsibility and lack of transparency.

‘Running in the Red’

“I don’t feel the public is being included,” Genis said. “There’s a lot of information being pushed out, but it’s the kind of information we want people to know, as opposed to people being able to show up and get what they really want and ask questions. My concern is the lack of accountability.”

Genis takes issue with too many decisions being made by ad hoc committees that aren’t open to the public, and the pandemic has compounded the problem, she said.

“Our buildings haven’t been open to the public since March,” she said. “We have not had council meetings where people could come and speak at a podium. And granted, you want to be really careful, but you have social distancing, you have capacity limits.”

“If you can go to a bar, you should be able to go to a public hearing before city council.”

While COVID-19 has contributed to the city’s financial struggles, Genis said, the pandemic didn’t cause them.

“We were running in the red for the past several years before the pandemic hit,” she said. “We were having record sales tax dollars coming in every year—and we still were spending more than we were taking in. That’s insane.”

Genis said the city’s financial reserves peaked in 2016. She said none of the city’s pressing issues—such as solving homelessness, creating programs for kids or seniors, fixing potholes, or improving infrastructure—can be addressed if the city doesn’t have the money to address them.

“So it doesn’t really matter what you want to do, if you’re so wasteful with your money, you can’t afford to do it,” she said.

The Incumbent and an Oft-Returning Candidate

Incumbent Mayor Foley and the other mayoral candidate, Al Melone, couldn’t be reached for comment.

Foley also served as mayor in 2016–2017 and has been on the Costa Mesa City Council for 12 years. Foley was recently the first mayor to be elected by citizens; previous mayors were voted in by city council.

On her website, she lists some of Costa Mesa’s accomplishments under her leadership, including offering rent relief and other assistance amid the pandemic; and protecting public safety, enforcing rules on sober living homes, and developing affordable housing plans.

Melone, a retired accountant, doesn’t have a website, but is quoted by the political action committee Save Costa Mesa as saying “my candidacy is dedicated to the pets of Costa Mesa, a constituency absent any meaningful representation.”

He proposes neutering and spaying coyotes to control the population, which he said is a danger to cats and dogs. He is also concerned about the impact of fireworks on pets: “Imagine how our pets must feel regarding our city’s fireworks policy. Imagine in a futuristic society of implausible diversity, how they would vote.”