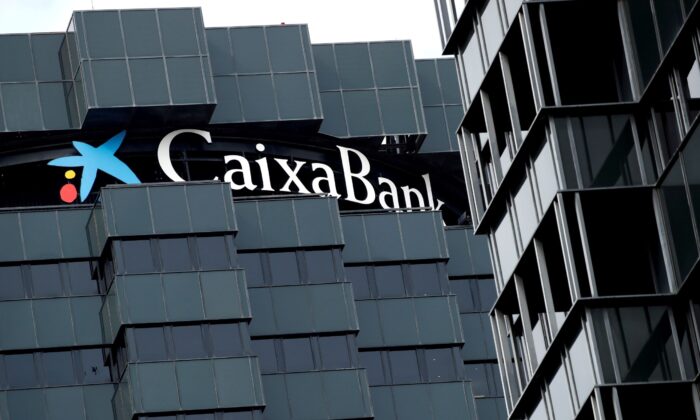 CaixaBank's logo is seen on top of the company's headquarters in Barcelona, Spain on Sept. 17, 2020. (Albert Gea/Reuters)
Economy

MADRID—Cost savings arising from domestic consolidation in the Spanish banking sector should be a driver for more potential deals, bank executives told a financial event in Madrid on Wednesday.

Facing ultra low interest rates and the impact of the COVID-19 pandemic, European banks are under growing pressure to cut costs, either on their own or through tie-ups.

Spain now has 10 banks, down from 55 before the 2008 financial crisis, with recent deals including Caixabank’s acquisition of Bankia and Unicaja’s deal to buy Liberbank. The deals have been accompanied by promises of cost savings.

“Personally, I think there will be more (mergers), I don’t know when or who and I don’t think it will happen tomorrow,” Caixabank CEO Gonzalo Gortazar said.

Gortazar said “supervisors have been clearly endorsing publicly to pursue this path,” citing the low profitability of banks as one of the sector’s structural weaknesses.

But he said it would be more complicated to generate cost savings with cross-border transactions in Europe.

As part of its Liberbank deal that created Spain’s fifth biggest lender, Unicaja said it aimed to save 192 million euros on gross costs by 2023.

Unicaja’s Menendez said on Wednesday the bank would deliver on those savings and added that there “is upside for additional synergies that should arise sooner rather than later.”

Caixabank has announced it would cut about 6,450 jobs to meet its cost savings. Unicaja has yet to give details about its restructuring plan.

By Jesús Aguado and Emma Pinedo