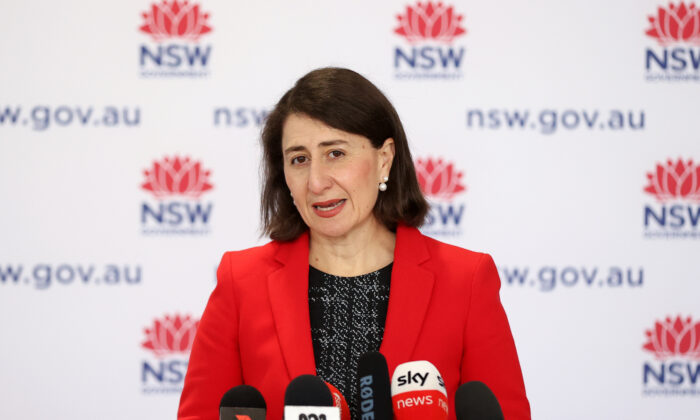 Maguire, who was the representative for Wagga Wagga, had been accused of abusing his public position to gain private benefits while in office from 2012 to 2018.

The Independent Commission Against Corruption (ICAC) will hold daily hearings over the next two weeks to investigate whether Berejiklian’s former relationship put her in a position with a conflict of interest.

In 2017 and 2018, two grants from the state government were promised to two organisations in Wagga Wagga, the Australian Clay Target Association and the Riverina Conservatorium of Music. At the time, Berejiklian was the state treasurer who oversaw the approval of state funding.

ICAC will also investigate whether she breached the public trust by failing to report anything she suspected on “reasonable grounds” to be corrupt conduct and if she was liable to allow or encourage the corrupt conduct of Maguire.

Berejiklian has denied all wrongdoing.

In a video played by the Counsel Assisting the Commission, Scott Robertson, of a private hearing with Berejiklian from September, she repeatedly states she “didn’t know” about Maguire’s corrupt actions.

Michael Toohey, the director for Greater Sydney in the NSW office of sport, attended the hearing on Monday.

Toohey said he felt the urgency to prepare a draft submission for the Australian Clay Target Association grant was “unusual.”

“I didn’t know why it was urgent,” Toohey said. “The request was to get it done.”

He also said it was “absolutely” important to know that the minister championing the grant and the treasurer at the time was in a relationship.

Robertson noted that Berejiklian had previously declared a conflict of interest on three occasions but never disclosed her relationship with Maguire.

“A number of public officials would have acted differently had they known about Ms Berejiklian’s close personal relationship with Mr Maguire,” Robertson said.