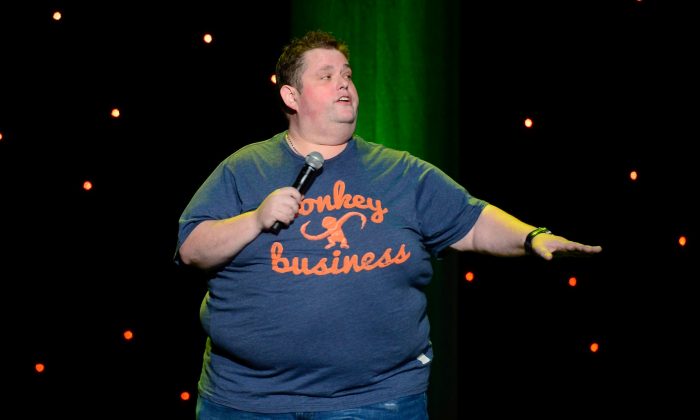 Nevada’s Clark County Coroner’s office released an update on the cause of death of comedian Ralphie May.

May officially died of natural causes from hypertensive cardiovascular disease. He was found dead on Oct. 6 at the age of 45.

Our Coroner/Medical Examiner has determined that Ralph May, 45, of Nashville, Tenn., died on Oct. 6, 2017, from Hypertensive Cardiovascular Disease. The manner of his death was natural. We extend our sincere condolences to Mr. May’s family and friends. pic.twitter.com/pLsZmvP8Qw

“The manner of his death was natural. We extend our sincere condolences to Mr. May’s family and friends,” Clark County said in a statement.

According to CBS News, May was found at a private residence in Las Vegas.

Publicist Stacey Pokluda noted that May had been fighting pneumonia, and it forced him to cancel several appearances. “Ralphie had been battling pneumonia and had canceled a handful of dates over the last month in an effort to recover,” the statement reads, People magazine reported. “Earlier this morning at a private residence in Las Vegas his body was discovered, cause of death is cardiac arrest.”

He left behind a wife and two children in Nashville, Tennessee, according to The Associated Press.

Court documents obtained by The Blast reveal that May left everything to his wife, Lahna Turner. She got all of his personal effects and property, and she’s now the executor of his estate.

Two days prior to his passing, May won the Casino Comedian of the Year at the Global Gaming Expo.

May got his big break on NBC’s “Last Comic Standing” and was able to turn it into a successful career.

“It was a fun summer with you n biscuit. Safe next gig. Miss the **** out of you already. Xoxo n #RIP @Ralphie_May,” wrote Kathleen Madigan.

Added Larry the Cable Guy: “Oh man fellow comedian and friend Ralphie May just died. So crazy. RIP Ralphie. You my friend were one of the nicest and kindest out there.”

“Wow….I was just told that Ralphie May passed. I’m truly saddened by this. He was a good dude. Heaven just got another funny angel RIP man,” Kevin Hart wrote on Twitter. Marc Maron wrote, “Damn. RIP Ralphie May. Comic warrior.”

“Ralphie May RIP funny man. We shared good talks & good laughs. See you on the other side kid,” comedian Jim Breuer wrote.

Ken Jeong, another funnyman, tweeted, “This hurts too much. @Ralphie_May helped me so much. Rest In Peace. Thank you for all the love you have given me. Thank you for everything.”

“Hypertensive heart disease refers to heart problems that occur because of high blood pressure that is present over a long time,” according to Medicine Plus.  “Because there are often no symptoms with high blood pressure, people can have the problem without knowing it. Symptoms most often do not occur until after many years of poor blood pressure control, when damage to the heart has occurred,” it says.