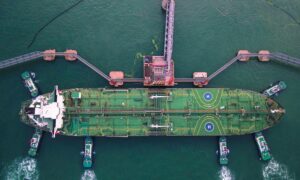 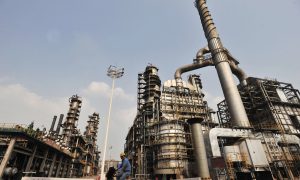 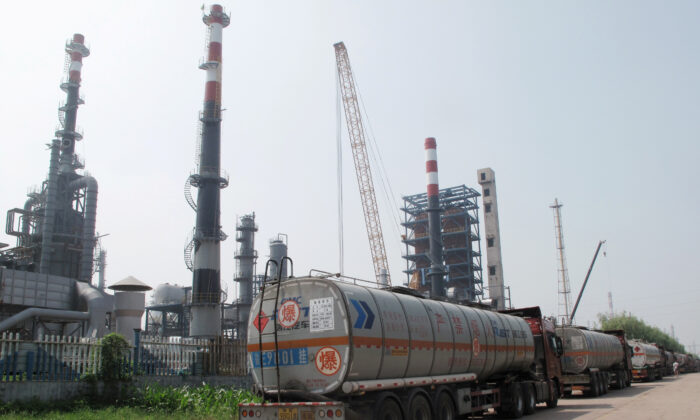 SINGAPORE—Short-term sales of crude oil and liquefied natural gas into China almost ground to a halt this week as a coronavirus outbreak slowed economic activity and hurt demand, and buyers pondered legal action to avoid having to honor purchase agreements, trade sources said.

Typically, trade would have revived after the Lunar New Year holiday at the end of January, but China has extended the break into February to try to contain the fast-spreading virus, which has claimed nearly 500 lives.

As a result, commodity supply chains have been disrupted, with shipments canceled or delayed and stocks piling up, especially as mild weather had already slowed heating fuel demand.

Spot crude trade into Shandong, home to independent refiners that account for a fifth of China’s imports, is at a halt, three traders said, speaking on condition of anonymity.

“We managed to sell some cargos even for April arrival (before the Lunar New Year) but this week everything stopped,” a Singapore-based trader said.

Sellers were reluctant to offer cargos for sale because of concern the buyer might declare force majeure on previous deals, traders said.

Companies invoke force majeure when they cannot meet their contractual obligations because of circumstances beyond their control.

In the liquefied natural gas (LNG) market, some Chinese buyers said they were considering invoking the force majeure clause on imports, although some producers said they had not received any such notices.

Fears of the virus are hampering Energy Transfer LP’s efforts to lock in contracts with Chinese customers to deliver LNG from the U.S. Gulf, the company’s chief executive said at a conference on Feb. 5.

“I can’t in good conscience let our people go over there at this time,” said Kelcy Warren, CEO of Energy Transfer. He said the company’s Beijing office is essentially empty.

The source also said his legal department found that, to be legally effective, the notice would need the backing of third-party official documents from local governments declaring a full shutdown situation in receiving terminals.

CNOOC did not immediately respond to a request for comment.

Sources in Sinopec and PetroChina told Reuters they had not issued a force majeure notice.

“We’ve heard similar concerns raised in the market about force majeure into Asia. But to date, we haven’t had any force majeure declarations,” Bill Bullock, ConocoPhillips’ head of Asia Pacific & Middle East, said on Tuesday.

In addition to the demand slump, several large oil and gas companies said they had restricted travel to China, including Royal Dutch Shell, Halliburton and U.S. refiner Phillips 66.

Last week, a Chinese international trade promotion agency said it would offer force majeure certificates to companies struggling to cope with the impact of coronavirus.

But the scope or impact of this on contracts that are typically governed by English law remains unclear, sources said.

Force majeure clauses are worded differently in various contracts. They can include provisions for epidemics and “acts of government or national laws,” law firm Blackstone & Gold said in a briefing note seen by Reuters, which also said the party affected had responsibilities.

“The party affected by a force majeure event needs to take reasonable steps to mitigate its position, such as sourcing alternative suppliers,” the note said.

“It needs to be proven that due to the virus, the logistics of the cargo have been delayed or canceled,” he said, adding that this could be harder for commodity importers to prove.

Chinese firms may also hesitate to declare force majeure for fear of damaging relationships with sellers for the future, traders said, meaning buyers would prefer to try to divert or resell cargos for now.

At least one tanker bound for China has been diverted, while a major LNG supplier to China said buyers in China were citing ‘tank-top’ or brimming inventory as a reason to postpone their cargo imports.

By Jessica Jaganathan and Chen Aizhu