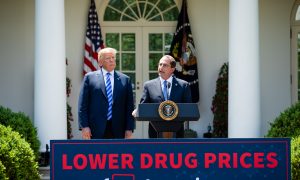 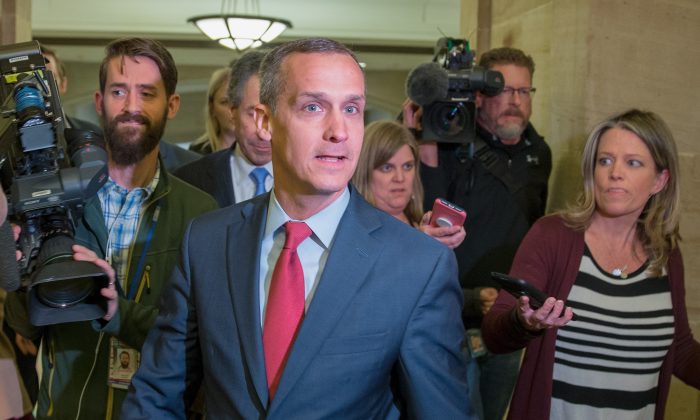 Lewandowski discussed his joining Pence’s Great America Committee with Trump and was greenlighted by the president, Fox News reported on Monday, May 14, citing anonymous sources.

Lewandowski confirmed the news later that day on Twitter.

“Proud to be joining the Great America PAC,” he wrote. “@realDonaldTrump and @MikePenceVP continue to fulfill the Camapign Promises they made to Make America Great Again! The Rep’s will expand majorities in the Senate and hold the House to keep America moving forward.”

Proud to be joining the Great America PAC. @realDonaldTrump and @MikePenceVP continue to fulfill the Camapign Promises they made to Make America Great Again! The Rep’s will expand majorities in the Senate and hold the House to keep America moving forward. https://t.co/p1Frn4YHMi

Trump has recently dedicated a significant portion of his speeches to the midterms.

Two special elections included, there will be 35 Senate seats up for grabs come election day on Nov. 6. Of those, 23 are currently held by Democrats, two by independents—Bernie Sanders and Angus King, who are allied with Democrats—and eight by Republicans.

In addition, voters will decide on all 435 voting seats in the House of Representatives, where Republicans currently hold 235 seats versus Democrats’ 193.

“Get out and vote. Don’t be complacent,” Trump said. “Like 90 percent of the time, you win the Presidency and, for whatever reason you lose the midterm. We can’t let that happen.”

Trump asked Lewandowski to lead his campaign in January 2015, about half a year before Trump announced his bid, Lowell Sun reported.

Lewandowski successfully led the campaign through crowded Republican primaries, but was fired by Trump in June 2016 after reportedly clashing with then-campaign chairman Paul Manafort.

Days later, Lewandowski was hired as a political commentator by CNN, but left days after Trump was elected president.

Recently, he’s been frequently making appearances on Fox News as a political commentator, weighing in on the alleged politically motivated abuse of government surveillance to spy on the Trump campaign by the previous administration in collusion with the Hillary Clinton campaign. The matter is being investigated by Congress.

In March 2016, Lewandowski was charged with simple battery for grabbing a Breitbart reporter by the arm at a press conference. The charge was later dismissed.