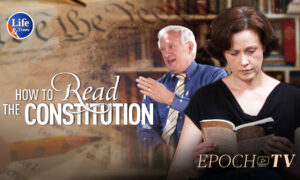 How to Read the Constitution: A Lively Lesson on America’s Most Famous Document
0
Share Now
TelegramFacebookTweetEmailTellMeWeReddit
Copy Link 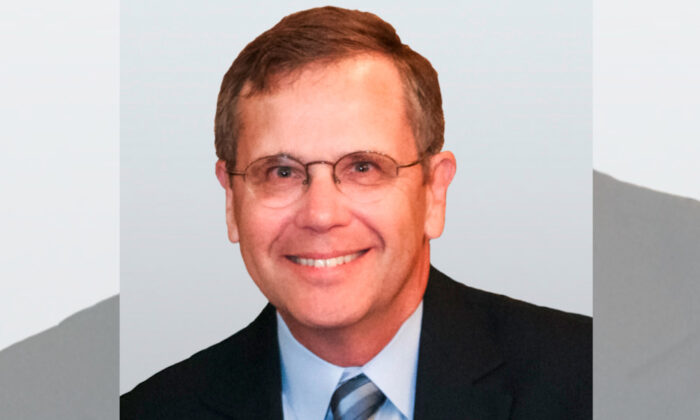 Rob Natelson, a Senior Fellow in Constitutional Jurisprudence at the Independence Institute in Denver, warned of a “quasi-totalitarian movement” that is threatening the core rights enshrined in the Constitution, from the right to be locally governed to freedom of fair and honest elections.

A leading constitutional scholar whose work has been repeatedly cited in the U.S. Supreme Court cases, Natelson told The Epoch Times that the U.S. Constitution created a federal system in which people could govern themselves in their own states and their own families. As the federal government became increasingly centralized, however, Americans have lost control of their ability to govern themselves.

“In a federal system, if someone is unhappy with a policy of his state, he can move to another state. But if the government is unitary, then it’s the same everywhere, and that reduces human freedom,” he said, noting that the recently defeated election bill H.R.1, also known as the For The People Act, would have threatened the states’ freedom to self-govern.

“The U.S. Constitution allows states to govern their state and local elections. It also allows the state legislature to supervise presidential elections as it wishes. It also allows state legislatures to write collection law for members for congressional races,” Natelson explained. “H.R. 1 was trying to nationalize most aspects of national elections. Some of the law is constitutional—although ill-advised. But much of it is unconstitutional.”

Speaking of elections, the former law professor said the Americans’ freedom to fair and honest elections has, at least, “come under a cloud” because of irregularities during last year’s elections, including last-minute changes to voting laws that made large-scale mail-in voting possible.

“I’m not one who thinks necessarily that the result was changed, but there were certainly inexcusable actions,” he said.

Old-school liberals, according to Natelson, would agree with conservatives on the importance of fair elections and civil freedom. The leftists dominating the Democratic Party and many government offices in recent years, however, are a “very different breed” with a totalitarian mindset and little or no regard to civil liberties.

“People used to at least feel secure about their right to free speech or the right to religion, or their right to due process of law. And that’s not true anymore,” he continued, adding that some individuals charged in connection to the Jan. 6 breach of the U.S. Capital still remain in custody and haven’t been tried. “I think that would have been unthinkable just a few years ago.”

The author of the commentary series “Defending the Constitution,” Natelson has been persistently using his expertise to debunk and clarify myths and misconceptions about the Constitution and its framers. He will be featured as a speaker at a panel discussion held by The Epoch Times, and his topic will be “Why the Constitution is Worth Defending.”