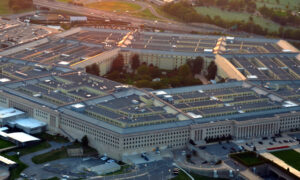 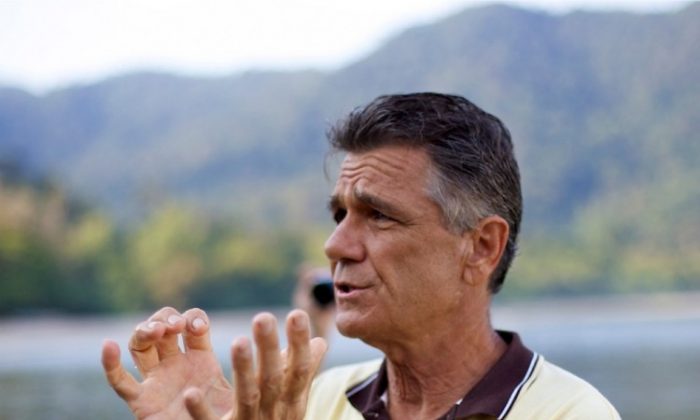 LANGKAWI, Malaysia—On December 26, 2004 a tsunami generated by the Sumatra-Andaman earthquake, the third largest earthquake in recorded history, roared into Datai Bay on the Northwest corner of Langkawi, Malaysia. This bay and its nearby surroundings support the best coral reef development in the sleepy waters of this quiet island. When the tsunami struck, it swept tens of thousands of coral boulders shoreward stripping the southern half of the reef of most of its marine life and depositing it on the beach and in the adjacent rainforest.

In September 2010, The Andaman Resort commissioned a survey of the Andaman Reef platform. Contrary to appearances, the Andaman Reef was still “alive and breathing” but needed urgent help. Their solution was a two-pronged approach.

First, they initiated a “coral clearing” program in which staff and guests clear away dead coral from among the still living colonies. This prevents further damage from tumbling coral boulders during times of heavy wave action. Using just their bare hands and wheelbarrows, hundreds of enthusiastic volunteers have already removed about 80 tonnes of rock greatly improving the chances of survival for the live colonies.

Secondly, the Resort owners dipped deep into their pockets and built a Coral Nursery. This swimming pool-sized saltwater reef is capable of producing several thousand small corals each year using so-called cuttings taken from the wild. It is also a wonderful education center where people can view marine life and kids can be a “marine biologist” for a day and really get their hands dirty saving the environment. When the little nursery corals are tough enough they are re-located to the Andaman Reef into small coral gardens.

Often called “rainforests of the sea,” coral reefs comprise the most diverse ecosystems on Earth, but are now threatened with destruction. They occupy just over 0.15 percent of the world’s oceans, yet incredibly they provide a home to an estimated 25 percent of all marine species. They really are the “engine room” of the sea and their loss would cripple the marine environment on a global scale. Doing something small, but highly visible in Langkawi helps to focus attention on the plight of reefs around the world.

Productivity is higher than in other tropical waters and 6 million tons of fish are taken each year from the world’s coral reefs. Most of this stays in protein-poor countries. Well managed coral reefs have an annual yield on average of 15 tons of seafood per square km. Langkawi’s community is largely dependant on local fisheries for protein and the next generation needs the Andaman Reef. As the eco-tourist industry increases so too will the cash returns from this rehabilitation program. A well managed reef lets you to have your cake and eat it too.

Biodiversity is the loudest catch cry in ecology. It is a measure of the complexity of an ecosystem and is now thought to be related to the health of the entire planet. Southeast Asian coral reefs have the highest levels of biodiversity of all the world’s marine ecosystems, perhaps the highest biodiversity since the beginning of life on Earth. Sadly, Southeast Asian coral reefs are now the world’s most threatened, being impacted by the activities of man. Coastal development, chemical runoff from the land, and destructive fishing practices head the list and reef biodiversity is falling fast.

The global economic value of these tiny coral reefs is staggering, estimated at $30 billion annually. Southeast Asia’s coral reef fisheries alone yield about $2.4 billion annually. Again, most of this remains in poor countries. More importantly reefs provide renewable resources if managed with an eye to the future; much needed income year after year. According to the WWF, the economic cost over a 25-year period of destroying one km of coral reef is somewhere between $137,000 and $1,200,000. Conversely, the economic benefit of saving one km of reef is the same.

In the face of all this gloom the Andaman Reef story is heartening in that a small private business, its customers, and the surrounding community are taking on the responsibility of doing something positive toward environmental rehabilitation in the sea. By saving a coral reef the people of the Andaman are protecting the future of our children.

Gerry is a Malaysian based marine ecologist, Research Fellow and Advisor to the National University of Malaysia, and marine consultant to the Andaman Resort, Langkawi.