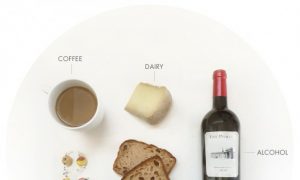 What Are Your Toxic Triggers?
0
Share Now
TelegramFacebookTweetEmailTellMeWeReddit
Copy Link
Good to Know

I’m a vigilant label reader and have been since I first began to uncover the toxic additives that make seemingly healthy food, junk food. The same is true of the supplements I take and the cosmetic products I put on my body. I’ve learned to look for dangerous chemicals disguised in harmless words like “fragrance” or “made with natural ingredients.” But it wasn’t until researching my book Label Lessons: Your Guide to a Healthy Shopping Cart (with co-author Lisa Tsakos), that I learned firsthand how tampons and sanitary pads, products that alleviate some of the confines of our monthly cycle, might actually be harming our bodies.

Here’s what I found out:

“Researchers don’t know exactly how tampons may cause toxic shock syndrome. Some believe that when superabsorbent tampons are left in place for a long time, the tampons become a breeding ground for bacteria. Others have suggested that the superabsorbent fibers in the tampons can scratch the surface of the vagina, making it possible for bacteria or their toxins to enter the bloodstream.”

If you haven’t yet seen the GMO documentary film Genetic Roulette, I highly recommend it. I had the chance to hear the film’s director Jeffrey Smith speak in April and he showed that the evidence linking GMOs to health issues is something we can no longer ignore.

This led me to think. Is inserting a GMO tampon into your vagina several times every month any different than ingesting GMO food? According to Dr. Susan Treiser, MD., the skin around the vaginal area is highly vascular and therefore more permeable to a wide range of compounds. I am not a doctor or scientist, but logic suggests that GMOs, pesticides or chemicals in the body—from either end—can’t be good for us.

According to the FDA[3], a medical device is:

“An instrument, apparatus, implement, machine, contrivance, implant, in vitro reagent, or other similar or related article, including a component part, or accessory which is:

Since when are tampons and pads used to diagnose, prevent, or treat disease? Is a woman’s menstrual cycle considered a disease?

What’s worse—even if ingredients were listed, genetically modified ingredients wouldn’t be, because in the United States and Canada, unlike most industrialized nations, they don’t have to be.

This toxic mess has flown under the radar for so long because companies like Procter & Gamble are not obligated to label their products.

I spoke to Dr. Philip Tierno, a Clinical Professor of Microbiology and Pathology at NYU Medical Centre, who explained, “100 cotton tampons consistently test under detectable levels for TSS toxins.”

In Label Lessons, we look at Natracare, a line of feminine hygiene products with all the effectiveness and none of the toxins. Since tampon absorbency is regulated by the FDA, all tampons, organic and conventional, must meet strict absorbency guidelines. Natracare uses 100 percent organic cotton so there are no synthetic ingredients and no GMO cotton. And because the company uses hydrogen peroxide to bleach its products, they are also 100 percent dioxin-free. They’re wrapped in chlorine-free paper, the packaging is recycled, and they’re never tested on animals.

In my lifetime, I’ll use 17,000 sanitary care products, so what I use matters, both for myself and for the planet, especially considering all the pesticides that create dead zones in our soil and water systems. And then there’s the crude oil plastic, which makes up 90 percent of conventional sanitary pads and is used in plastic applicator tampons. One conventional sanitary pad, for example, uses the equivalent of four plastic bags. Organic products like Natracare, on the other hand, are plastic-free.

As women, not knowing what goes into and onto our bodies every single month sets us back decades. But even still, it’s not just a women’s issue. If you have a wife, daughter, mother, or sister, this issue impacts you as well.

Conventional tampon producers need to disclose what’s in their products; they need to be honest so that women can make safe, informed decisions about what they put in their bodies.

Personally, I use Natracare tampons and pads and have been for more than ten years. I have met Susie Hewson, the founder of the company, on several occasions and I am inspired by her passion and dedication to women’s health, and the environment.

We called Procter & Gamble on many different occasions to ask them to disclose what’s in their Always Infinity Pad. All they could tell us was that it contained foam and a proprietary formula called Infinicel™, a super absorbent material with more than 60 patents[4]. This was a very frustrating experience for us, as well as for P&G’s customer service representatives, because they are kept in the dark about the ingredients as well.

I can’t decide which is worse, the fact that we still don’t know what’s in a product that so many women use every month or that Procter & Gamble isn’t obligated to tell us what their pads are made of, even when we go out of our way to call them.

Disclosing what’s in the products they make that go in and on women’s bodies should not be optional, it should be mandatory!

We need companies to be accountable for the products they manufacture. We need to know ahead of time how to avoid the rayon, pesticide residue, GMO cotton, dioxins, chemical toxins, petrochemicals, and plastic often found in conventional feminine hygiene products.

We need to have full disclosure labeling on tampons and pads so, as women, we can make informed decisions when it comes to the products we buy.

Join me, and the Naturally Savvy team, in putting an end to this breach of public trust by signing our petition to force Procter & Gamble to tell us what’s in their products.